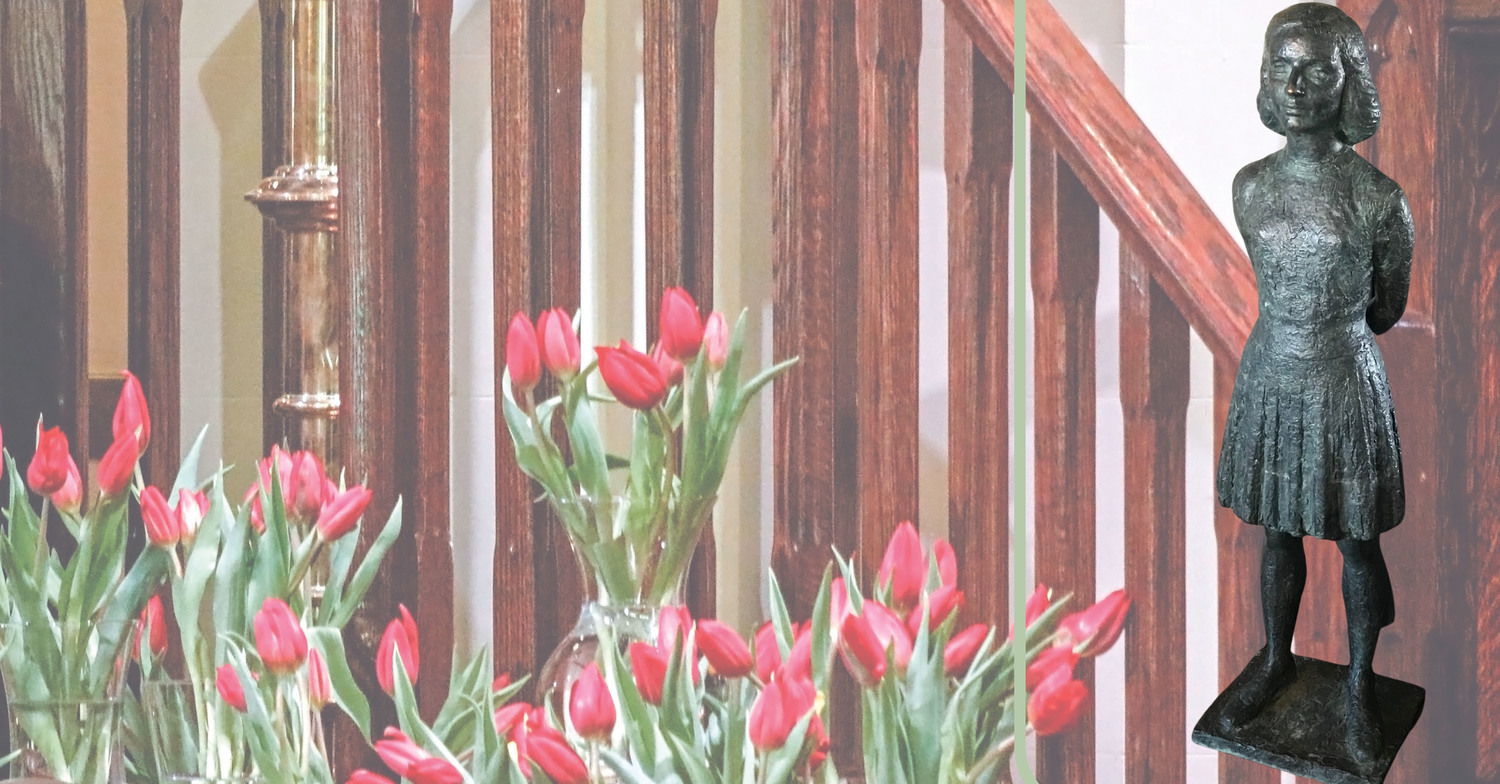 Join Holy Trinity Anglican Church (HTAC), our troops from Southern Alberta Light Horse (SALH - for which HTAC is the regimental church, and the Rev. Danielle Key the Padre), the Dutch Canadian Club of Edmonton, and others at Light Horse Park on Sunday, August 8, 1 pm, as we install and dedicate a beautiful new statue of Anne Frank.

This event will have speeches, poems, and blessings by Mayor Don Iveson, MP Heather McPherson, members of SALH Regiment, the Dutch Canadian Club, the Jewish Society of Edmonton, the Rev. Danielle Key, and Pastor Erin Thomas. All are invited and encouraged to attend. Light Horse Park is located at 10324 85 Ave NW - parking is available at Holy Trinity, three blocks from the park.

Why are we installing this beautiful statue and why is it so important to SALH and HTAC? SALH Regiment members were an integral part of the liberation of the Netherlands in 1944/45, especially during the brutal Battle of The Scheldt including the liberation of Welberg (Steenbergen). The Town of Welberg donated a replica of the bronze bell that hung in the local church, which will be rung during the ceremony, as a lasting gift to commemorate the Canadian men and women that had given the ultimate sacrifice for them.

The Edmonton Dutch Canadian Club contacted the Light Horse foundation, and they were delighted with the plan to create and unveil a beautiful statue of Anne Frank - a young Jewish girl who is renowned all over the world because of her diary, which has been translated in 70 languages and is one of the world's most read books.