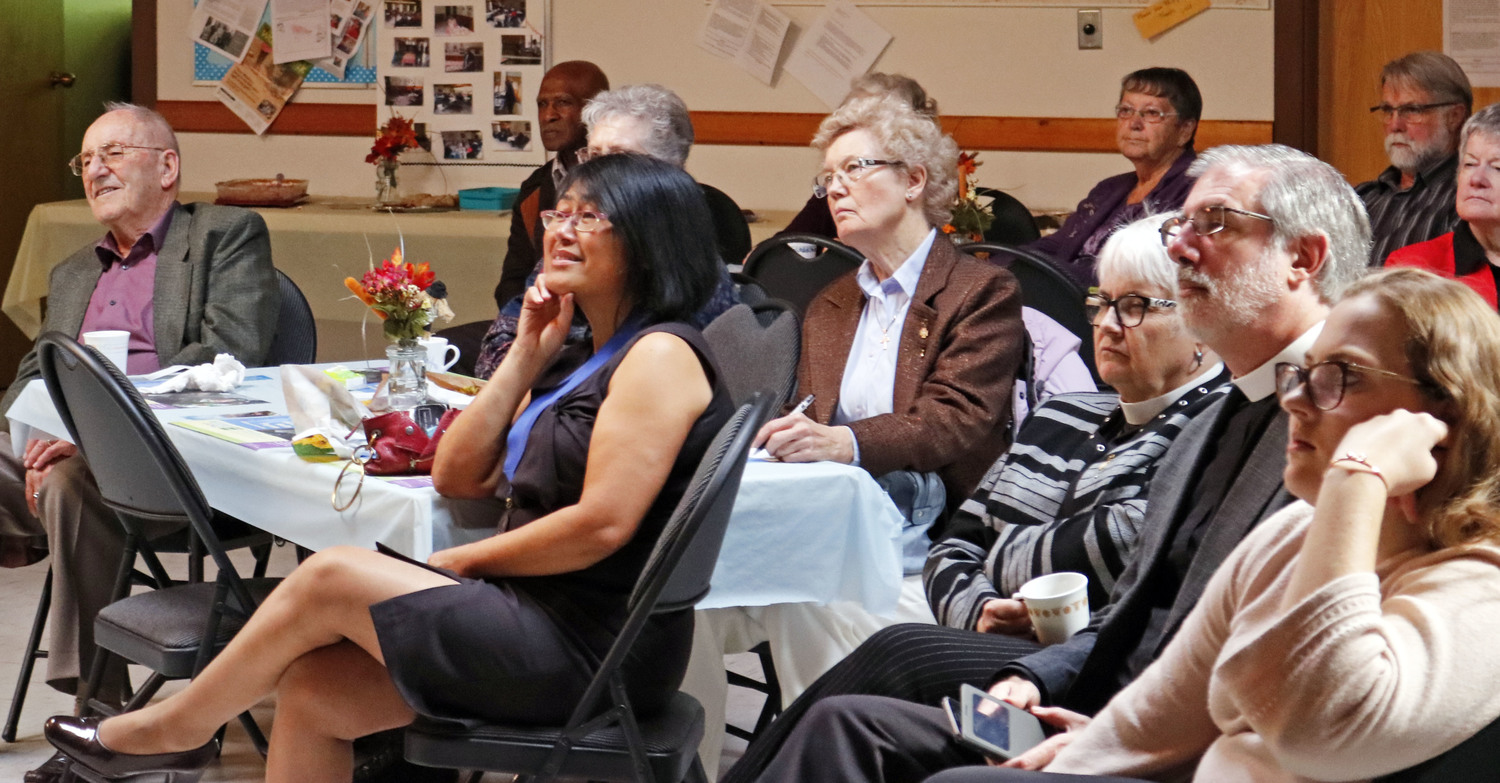 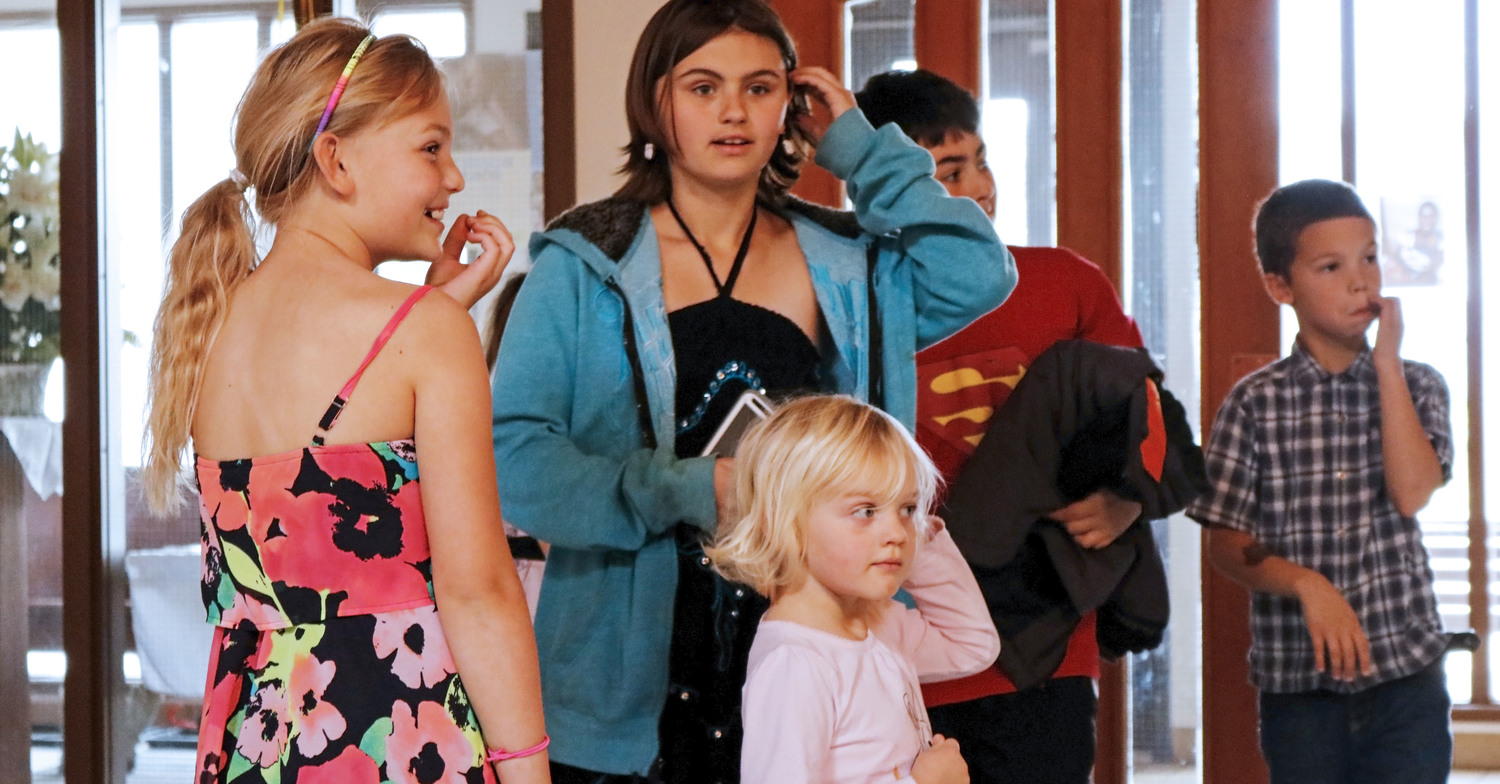 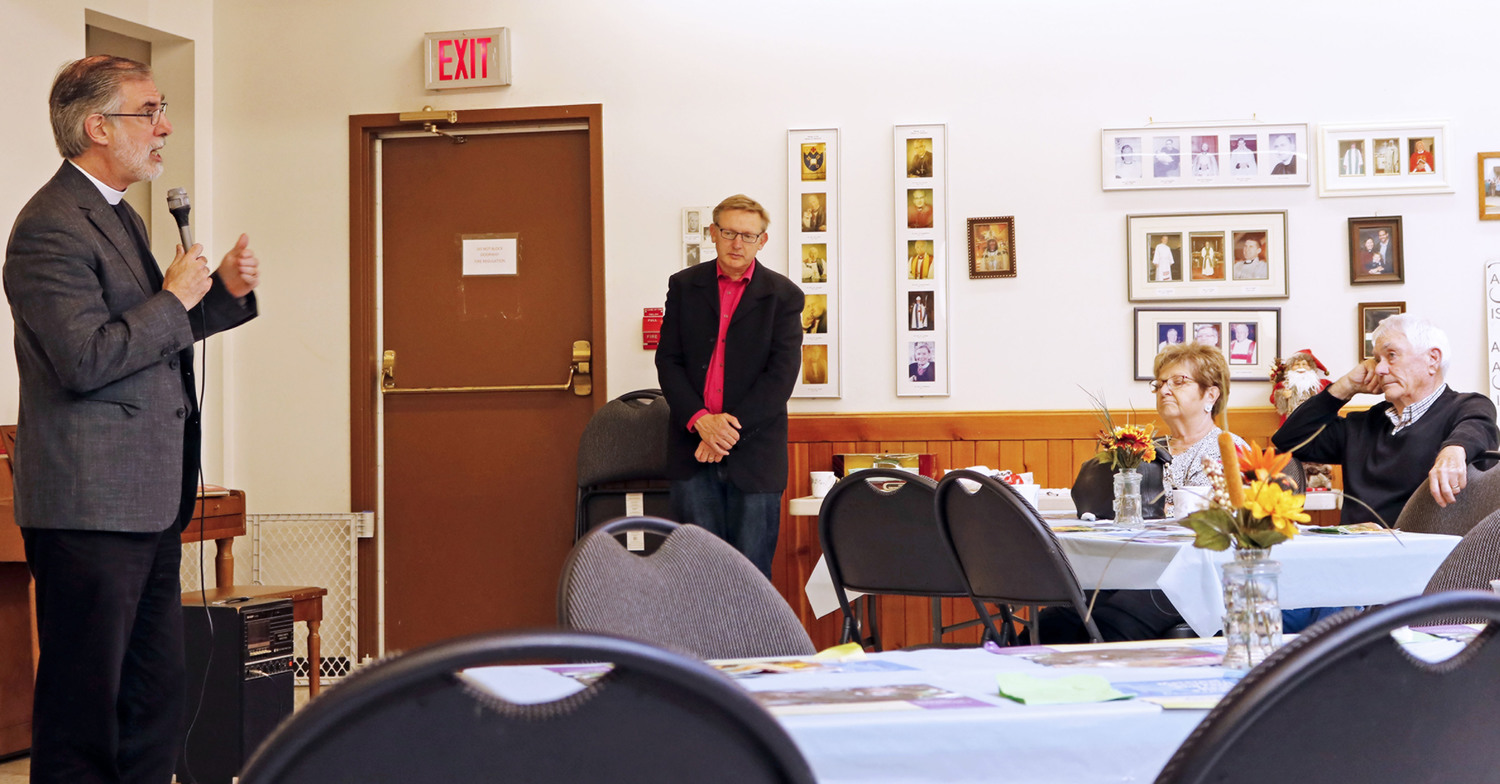 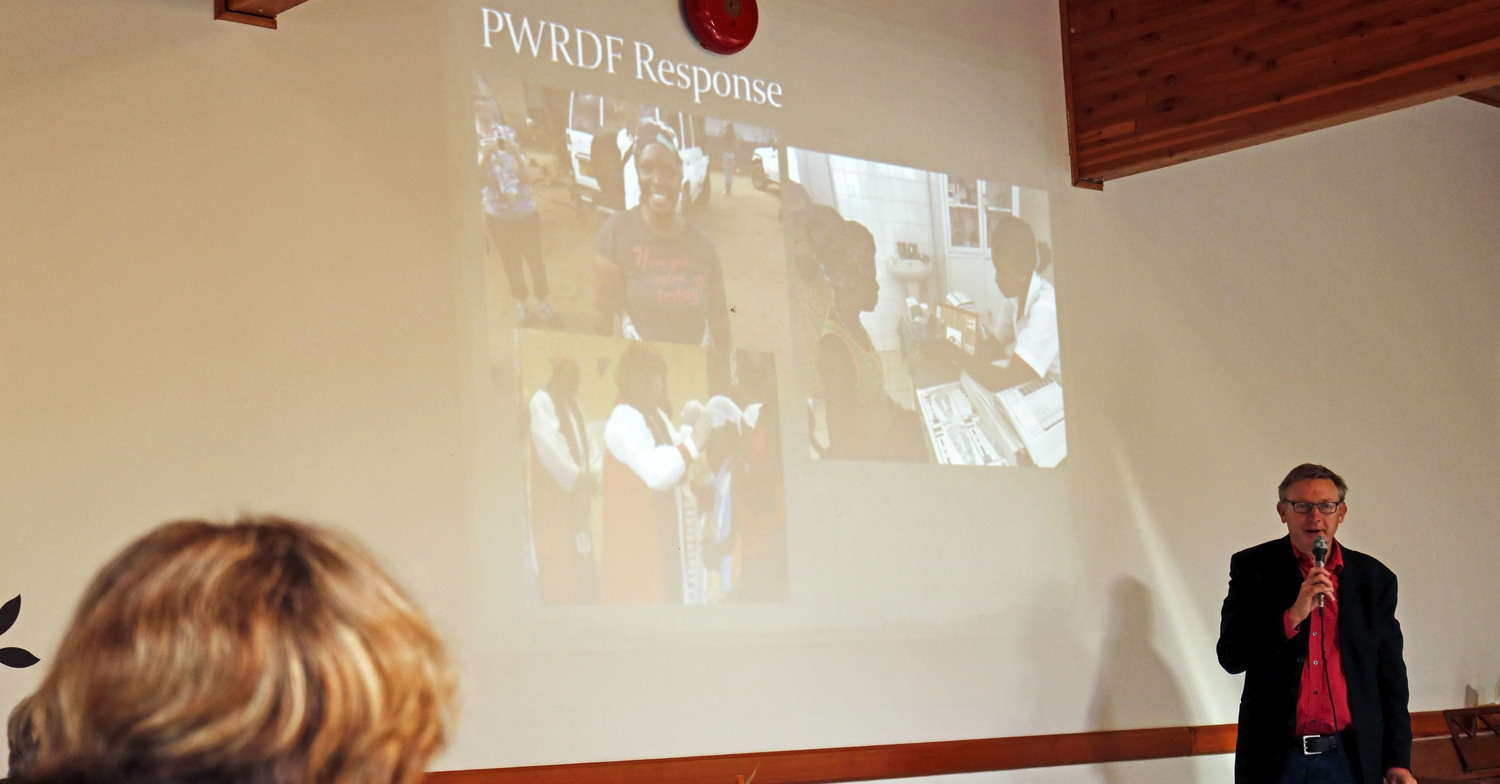 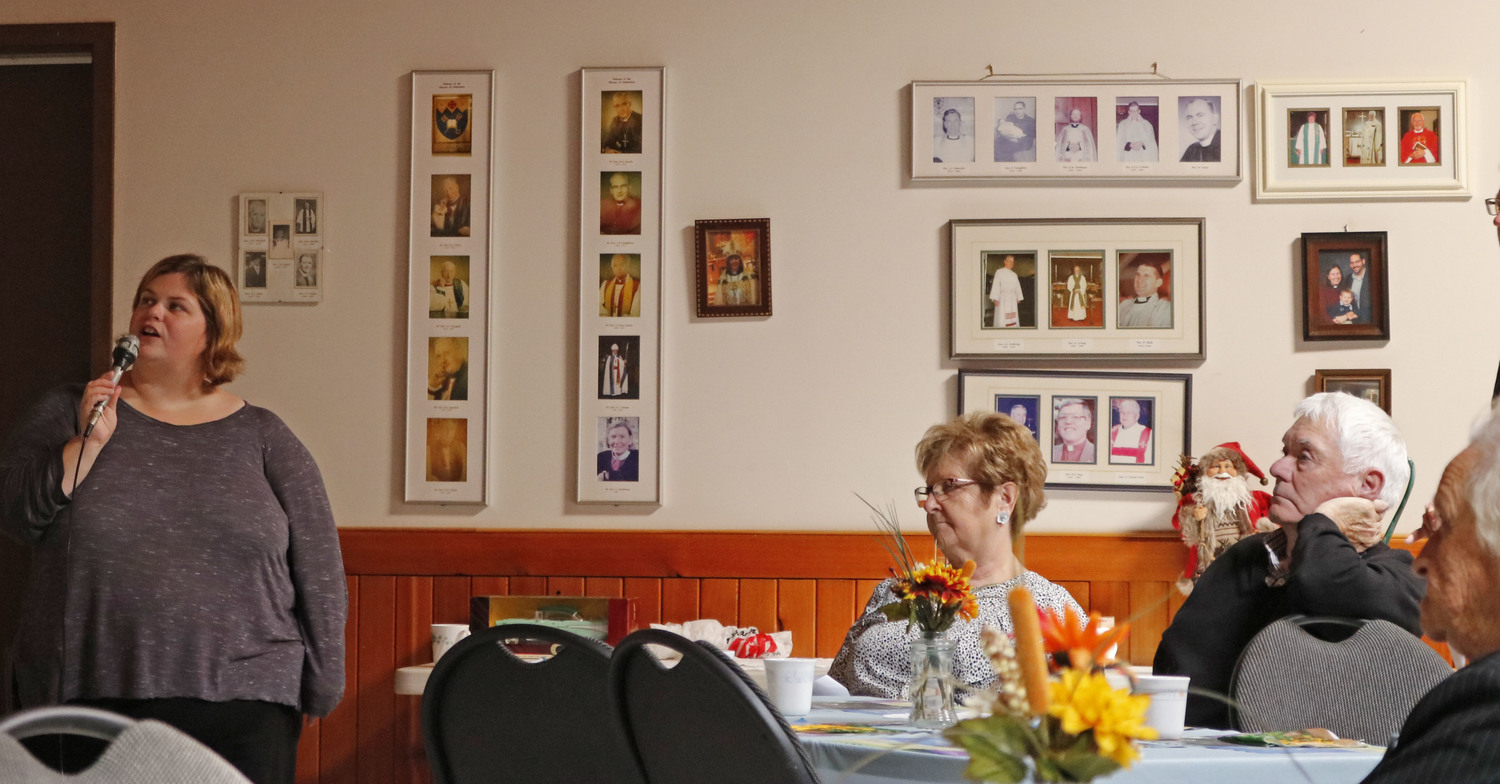 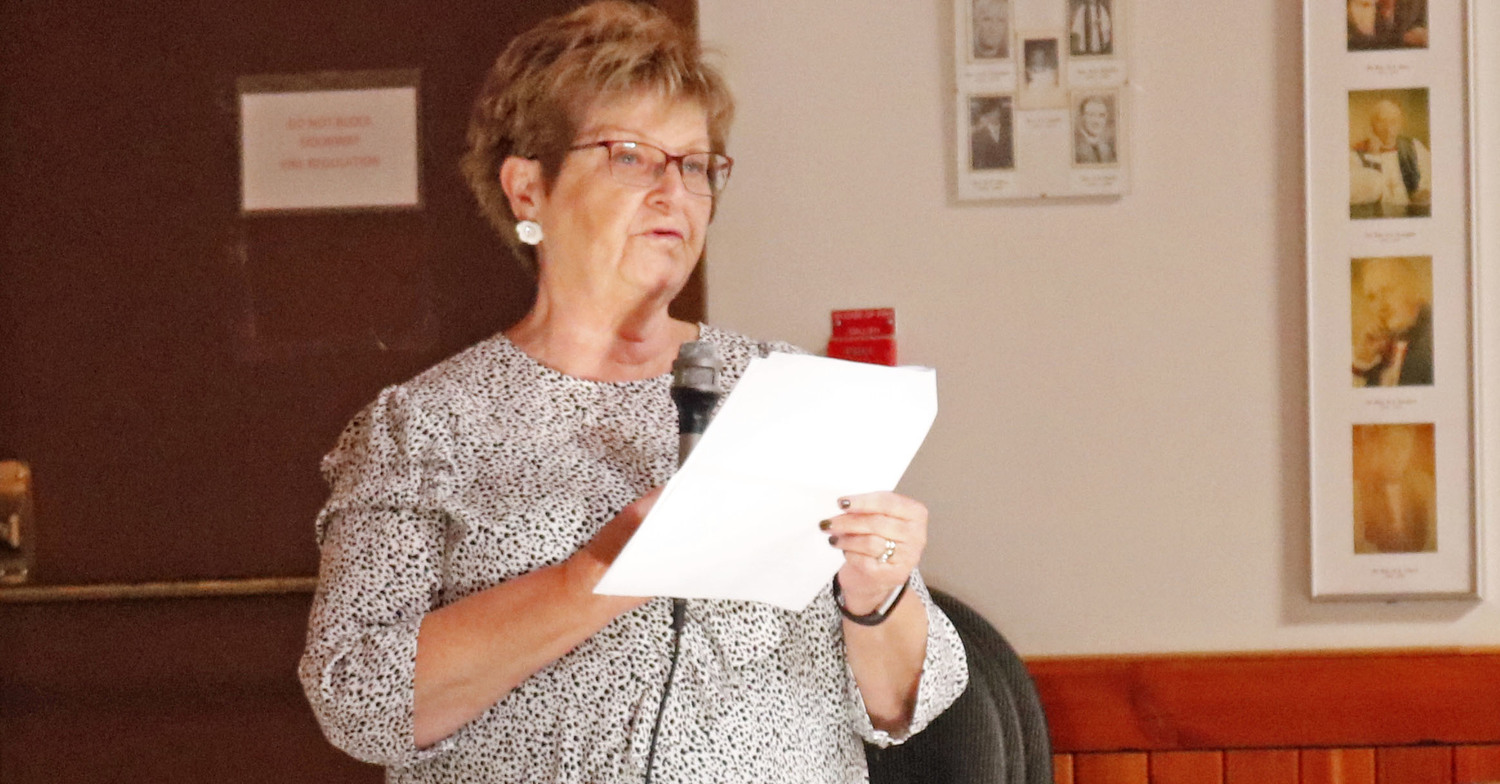 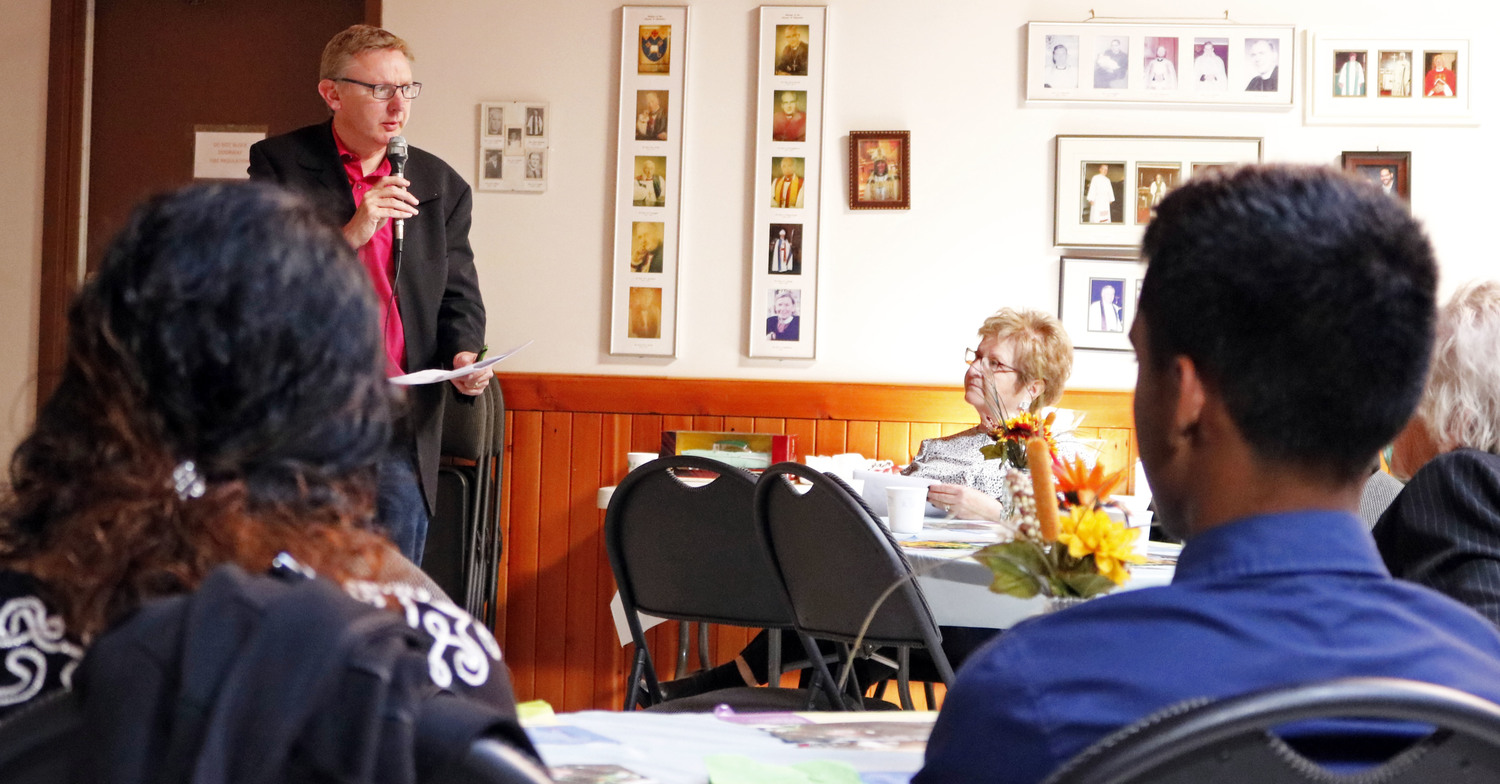 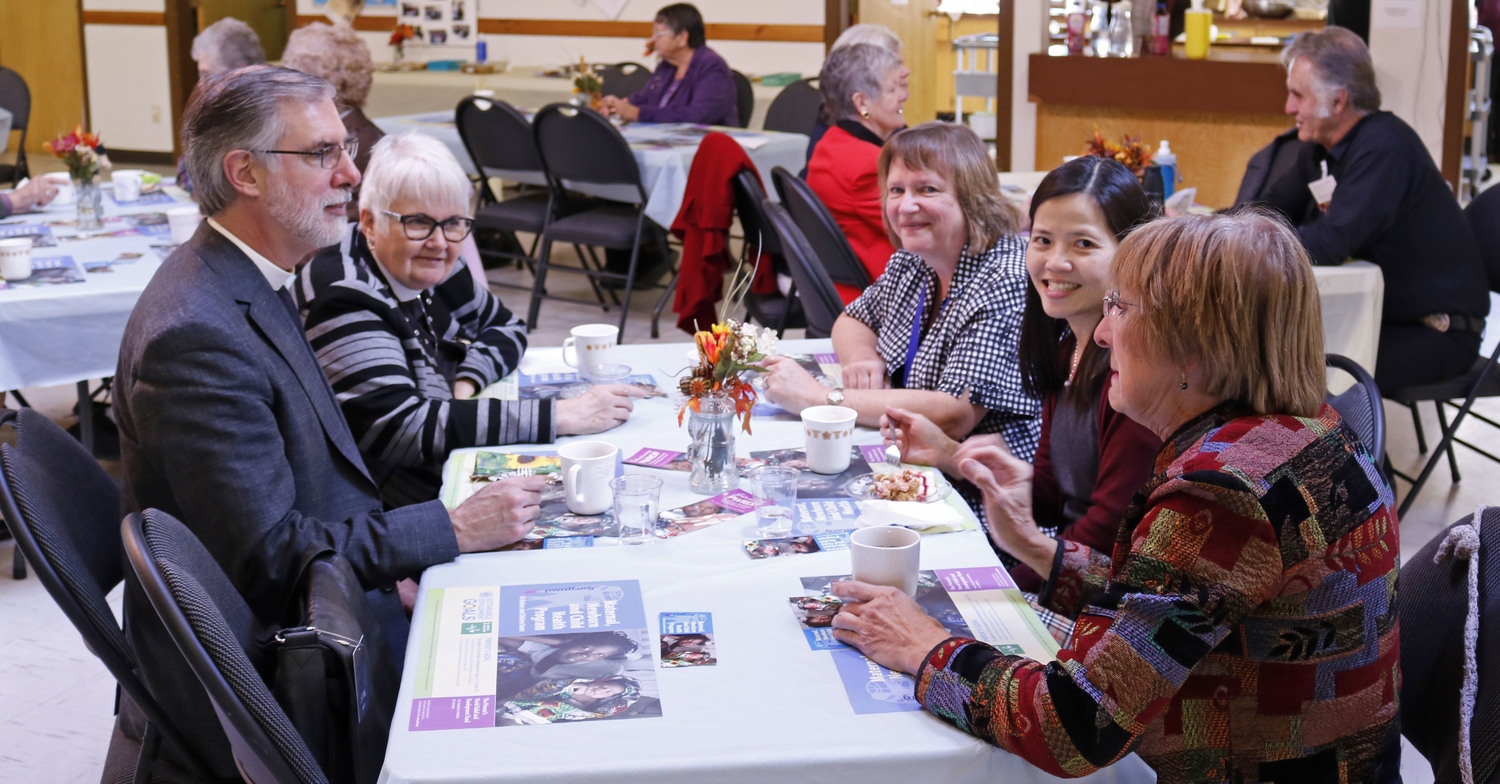 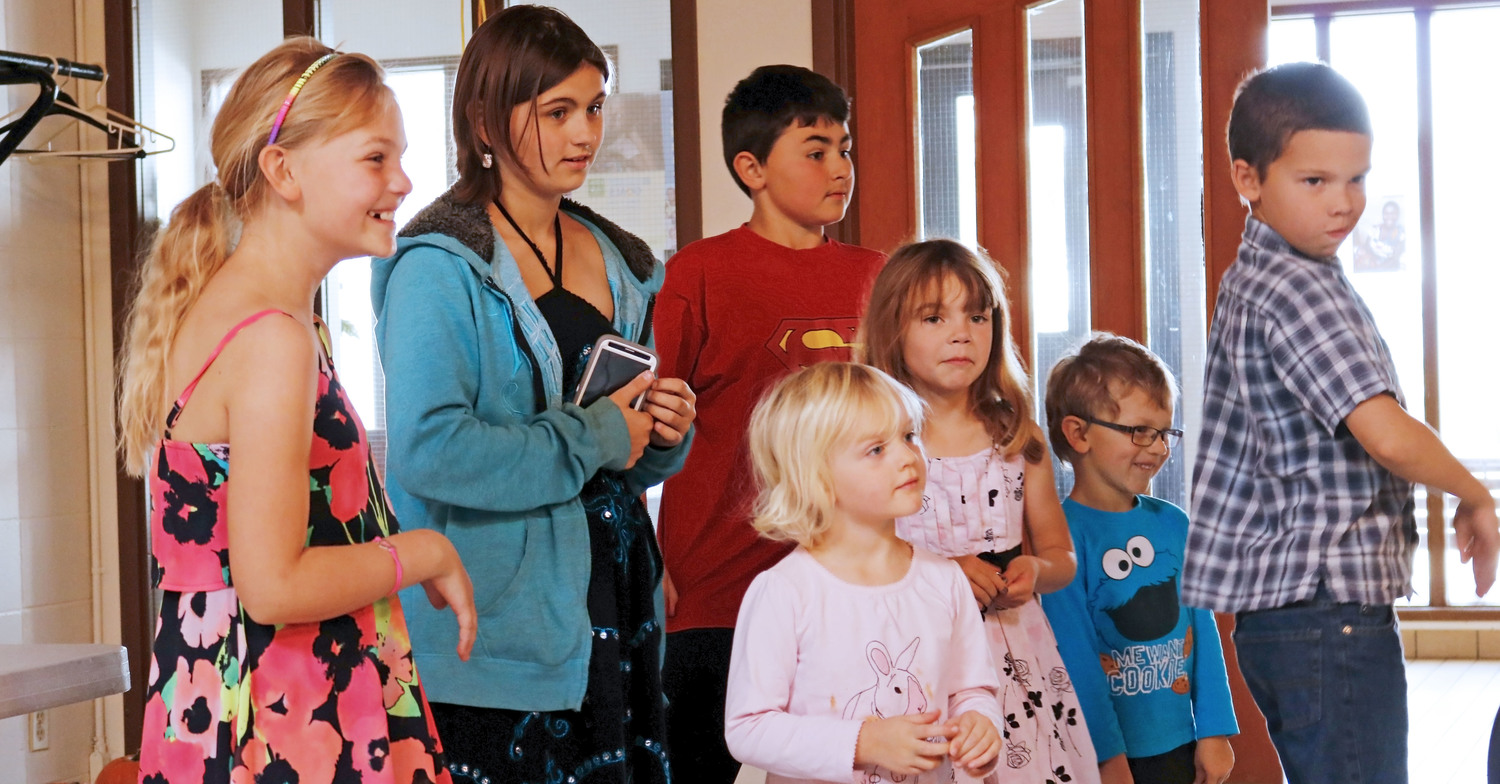 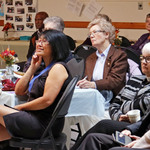 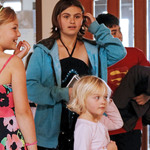 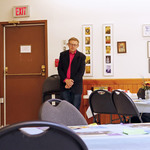 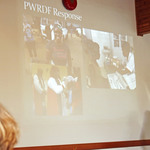 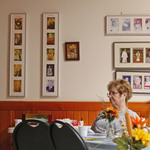 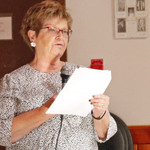 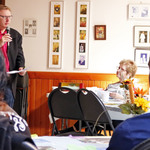 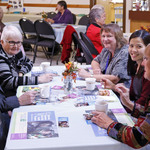 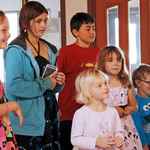 With a little help from their friends in the dioceses of Edmonton and Calgary, the parish of St. Mary’s, Ponoka recently raised more than $930 for the Primate’s World Relief and Development Fund (PWRDF) All Women and Children Count project. The focus of the third annual PWRDF fundraising event hosted by St. Mary’s on Sunday, October 22, was to help raise awareness of the organization’s efforts to improve maternal, newborn and child health in developing countries.

“PWRDF does such great work getting to the roots of poverty,” said Jeffrey Hanger, PWRDF Parish Representative for St. Mary’s, Ponoka.

Hanger organized the PWRDF presentation and silent auction fundraiser with the cooperation of St. Mary’s parishioners (including the youngest members who danced with joy at the end of the Powerpoint presentation), and a member of the nearby parish of Church of the Epiphany, Rimbey.

“For most people, problems in the developing world are not their problems. They are a long way away, they are disconnected. My role is to try and bridge that gap, and being the PWRDF rep is a key part of that,” he said.

Hanger, who has a degree in Third World Development Studies and currently serves as executive director of the Red Deer River Watershed Alliance, stressed the need to protect and promote the rights of women in poor, rural, often patriarchal societies, where a mother’s needs often come last behind the father, who is head of the household, and their children.

In Burundi, “gender inequality is still occurring in every sphere of life,” said the Rev. Dominique Ciza, diocesan secretary, Diocese of Buyé.

An integral part of this program is the recognition that healthy women and children contribute to stronger, vibrant, resilient and tolerant communities, said Hanger.

Maternal mortality is a health indicator that shows very wide gaps between rich and poor, urban and rural areas, both between countries and within them. Malnourished mothers are more susceptible to infection and disease and are at greater risk for complications during childbirth.

Around the world, approximately 830 women die every day from preventable causes related to pregnancy and childbirth. The primary causes of death are hemorrhage, hypertension, infections and indirect causes, mostly due to interaction between pre-existing medical conditions and pregnancy. The risk of a woman in a developing country dying from a maternal-related cause during her lifetime is about 23 times higher compared to a woman living in a developed country. In developing countries the maternal mortality ratio in 2015 was 239 deaths per 100,000 live births, versus 7 deaths per 100,000 live births in Canada, where access to health care services and medicine is readily available and provided by skilled professionals.

The Edmonton diocese recently partnered with PWRDF to expand the maternity ward at the Buyé health centre and the diocesan ACW led a project to equip the new ward with beds and bedding.

“Before the Solar Suitcases, it was common for nurses to hold a flashlight in their teeth to see,” said Marshall. The suitcases, which can be built for $500, are “really a wonderful thing,” she said. Dorothy noted that had she given birth to her first four children in rural Africa, the birth of her fifth child, Leah, who was a high-risk delivery, would have been impossible. In May, Leah was able to see firsthand the difference the maternal health program is making in Tanzanian communities, when she travelled to Africa as a member of the PWRDF Youth Council. Supporters of the St. Mary’s fundraiser were given a preview of the soon-to-be-released video from that trip. A video of Dorothy Marshall’s presentation to the 65th Synod, on September 30, 2017, can be viewed here.

PWRDF - whose work is supported by Anglicans, other individuals, organizational donors and Global Affairs Canada (GAC) - works with partners on a range of humanitarian and development programs addressing poverty, gender justice and environmental concerns. Food security, preventive health and micro-finance programs, which enable women to start small businesses and contribute to the family income, are areas of priority. PWRDF is also partnering with indigenous communities in Canada, Mexico and Peru to implement a Maternal Newborn and Child Health program in the Americas.

Judy Adams has been the PWRDF rep for the Church of the Epiphany in Rimbey for more than 10 years. “I was just so impressed with how quickly they are on the ground helping and how much of the money they raise goes to the cause,” she said.

“PWRDF goes on the ground to determine the needs of the people and empowers them through quality, sustainable development,” said the Ven. Alan Perry, Executive Archdeacon of the Edmonton diocese, who was invited to lead the Sunday service prior to the PWRDF presentation with the assistance of the Rev. Donna Willer, rector of St. Mary’s. Incredibly, “while other charitable organizations can allocate up to 20% of their annual revenue for administration costs, PWRDF spends nowhere near that amount,” (6.6% in 2016, according to charityintelligence.ca) he said.

You can donate to PWRDF through your parish, or online at www.pwrdf.org.

What We Do
Rural Ministry