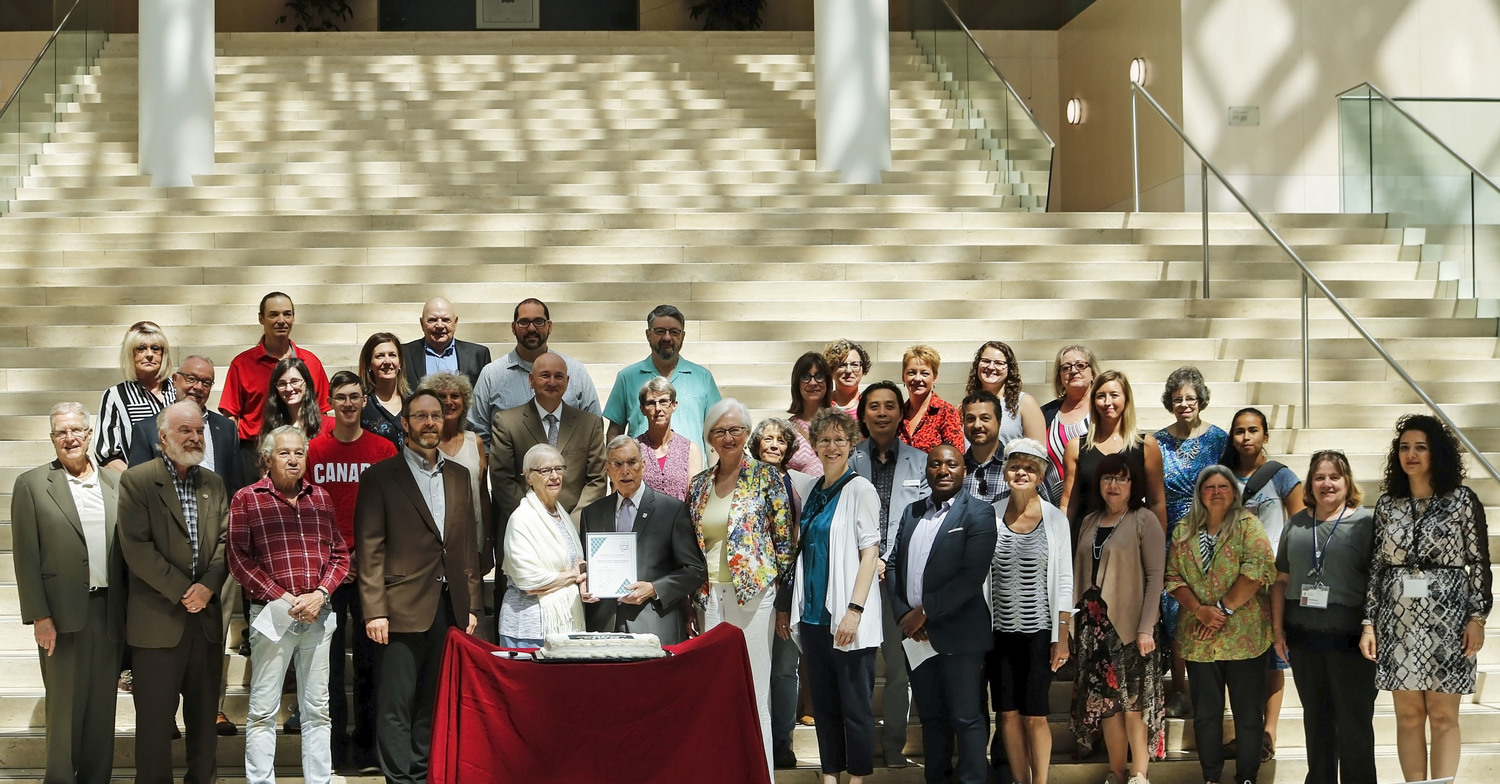 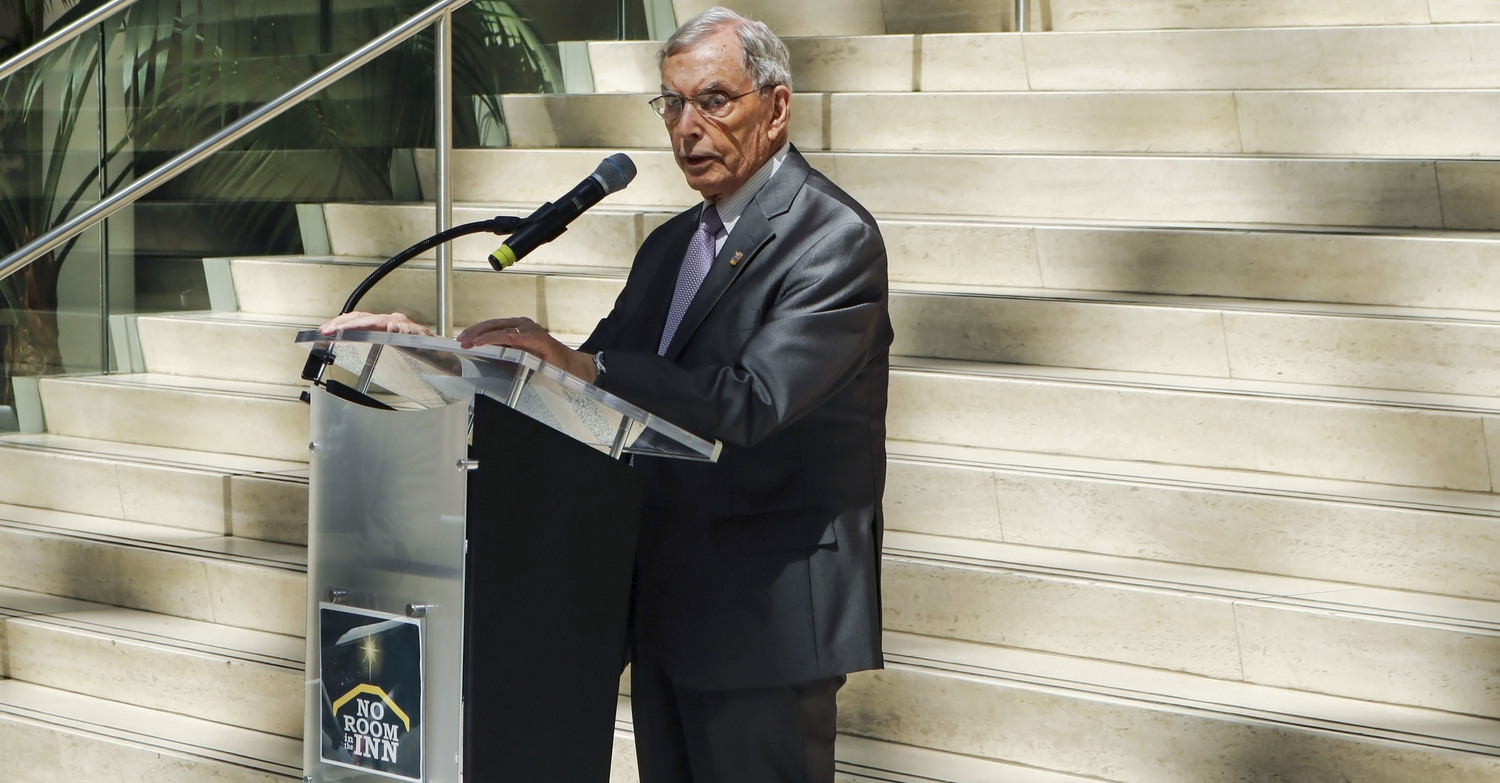 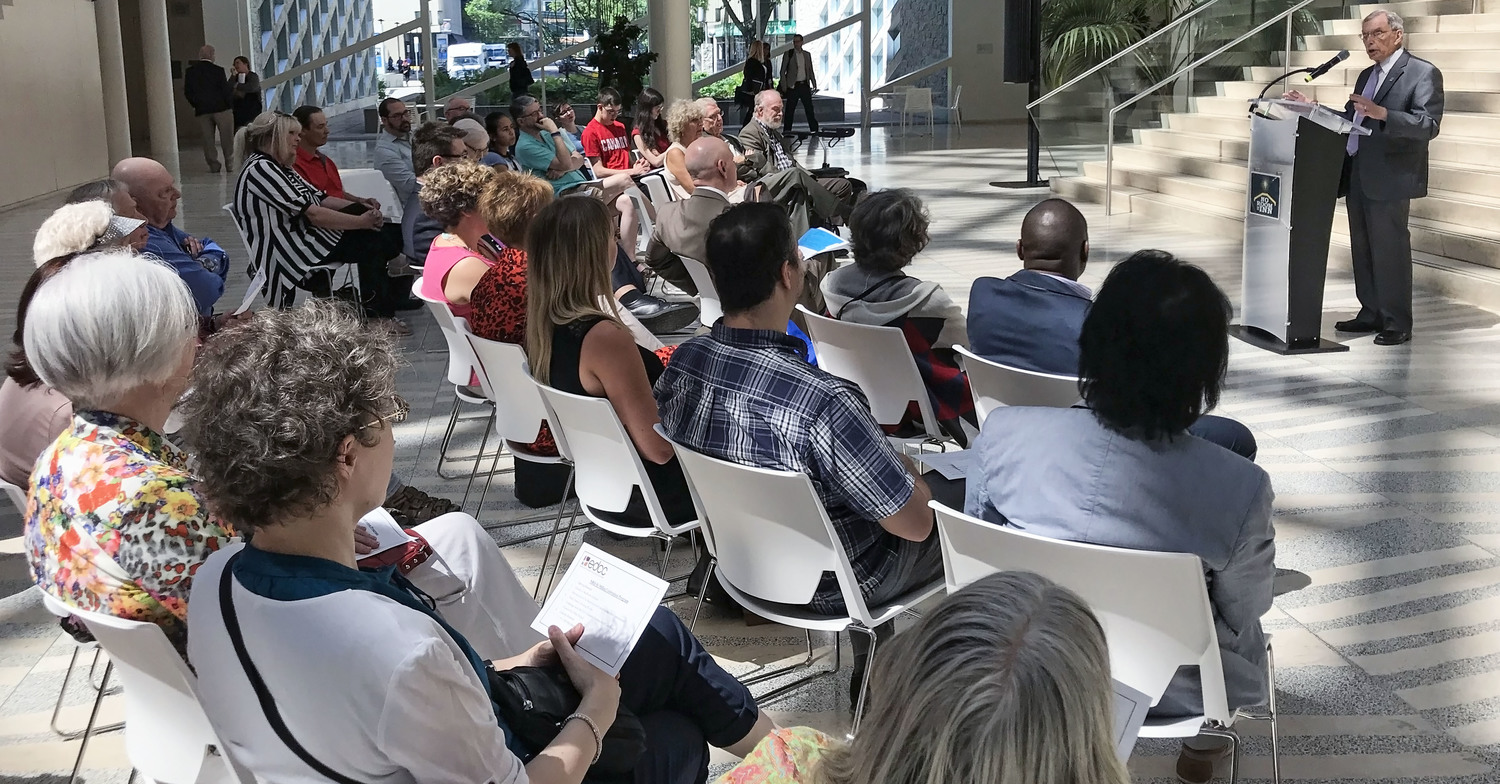 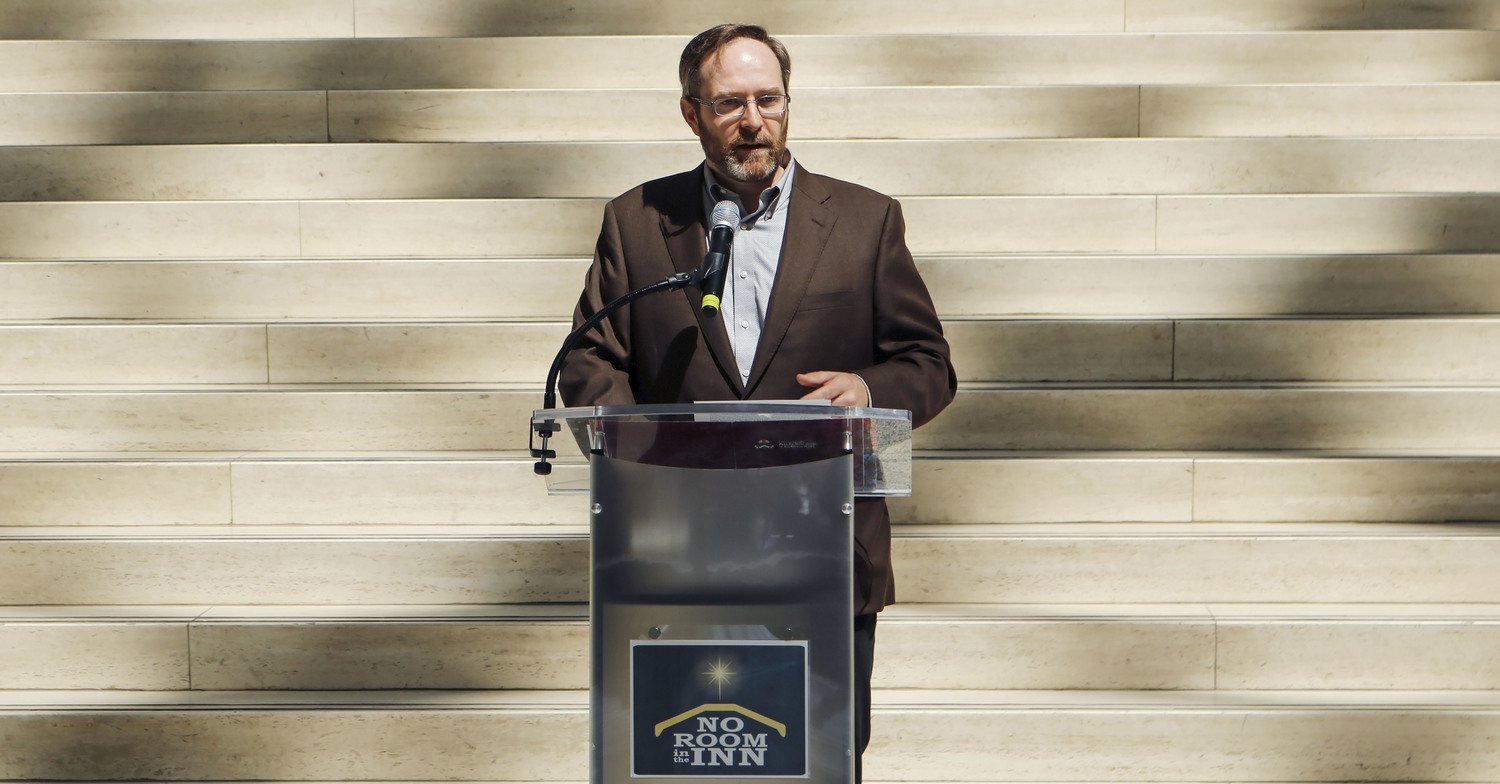 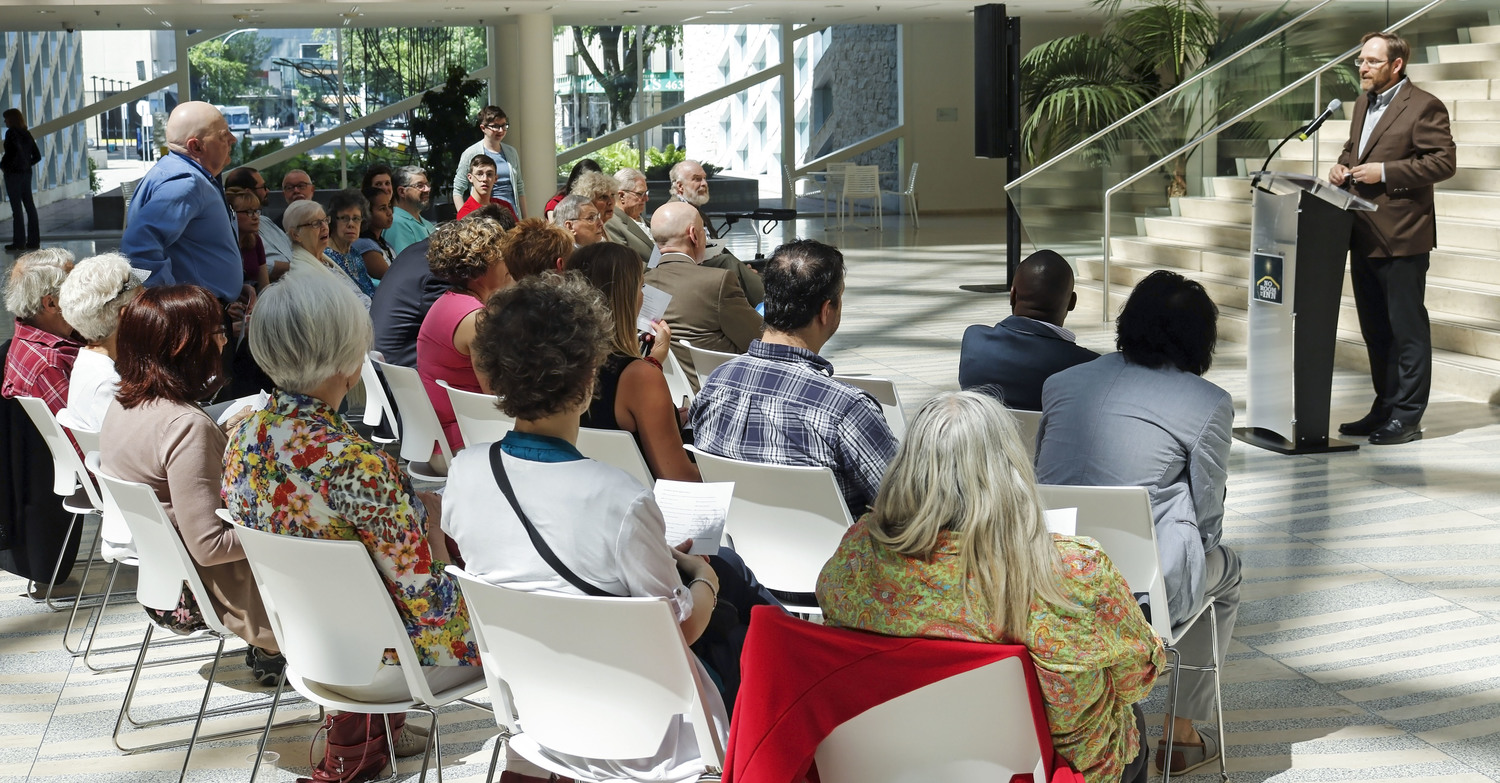 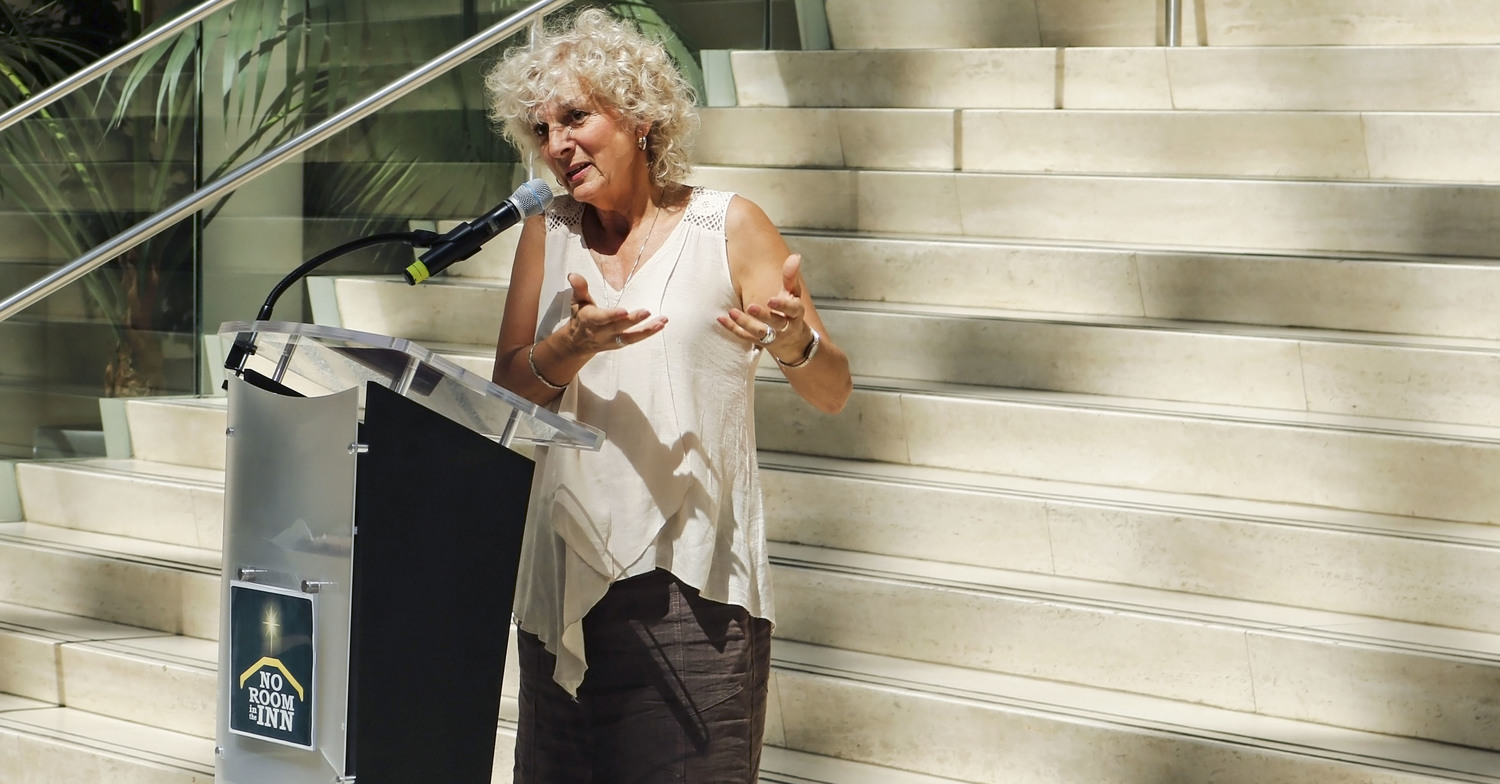 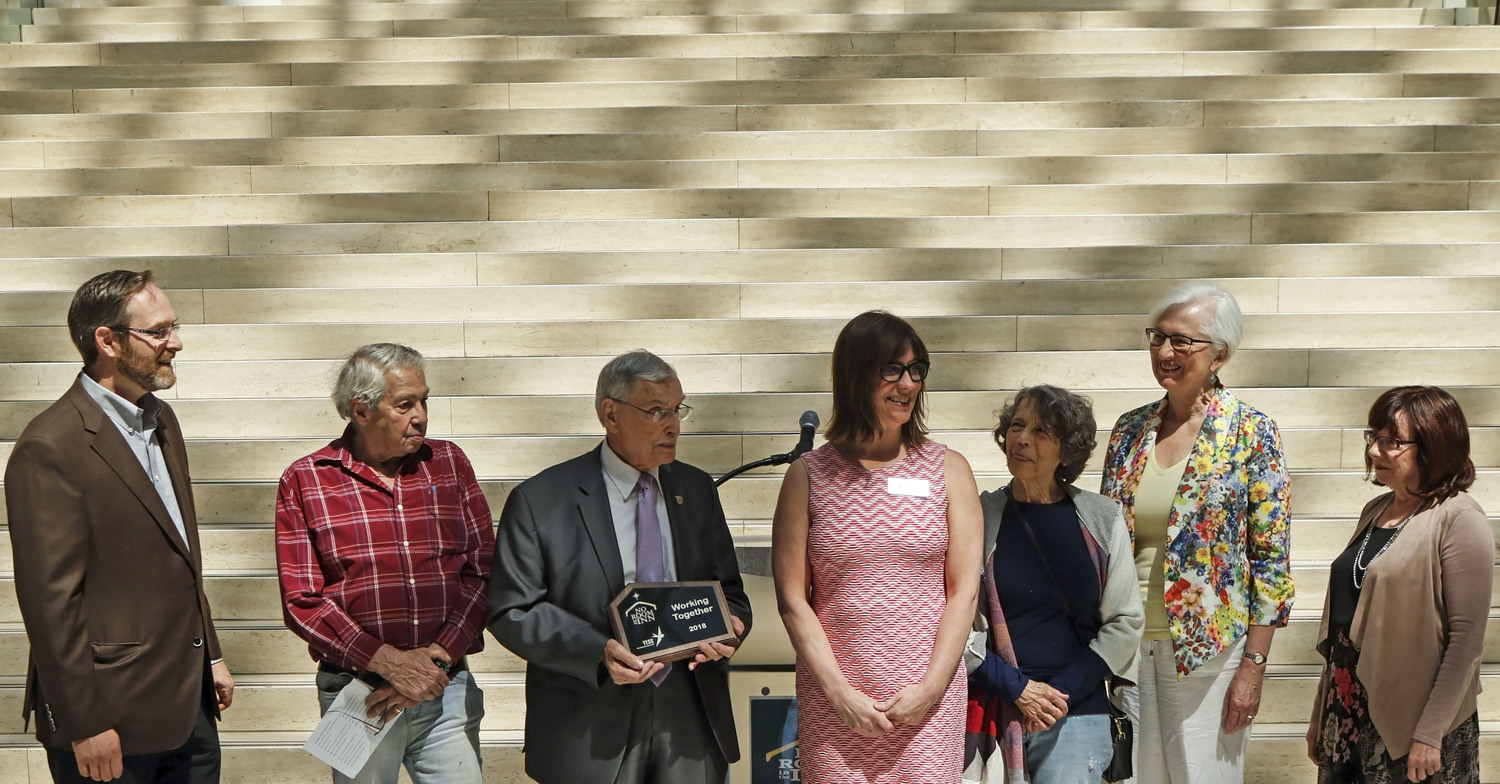 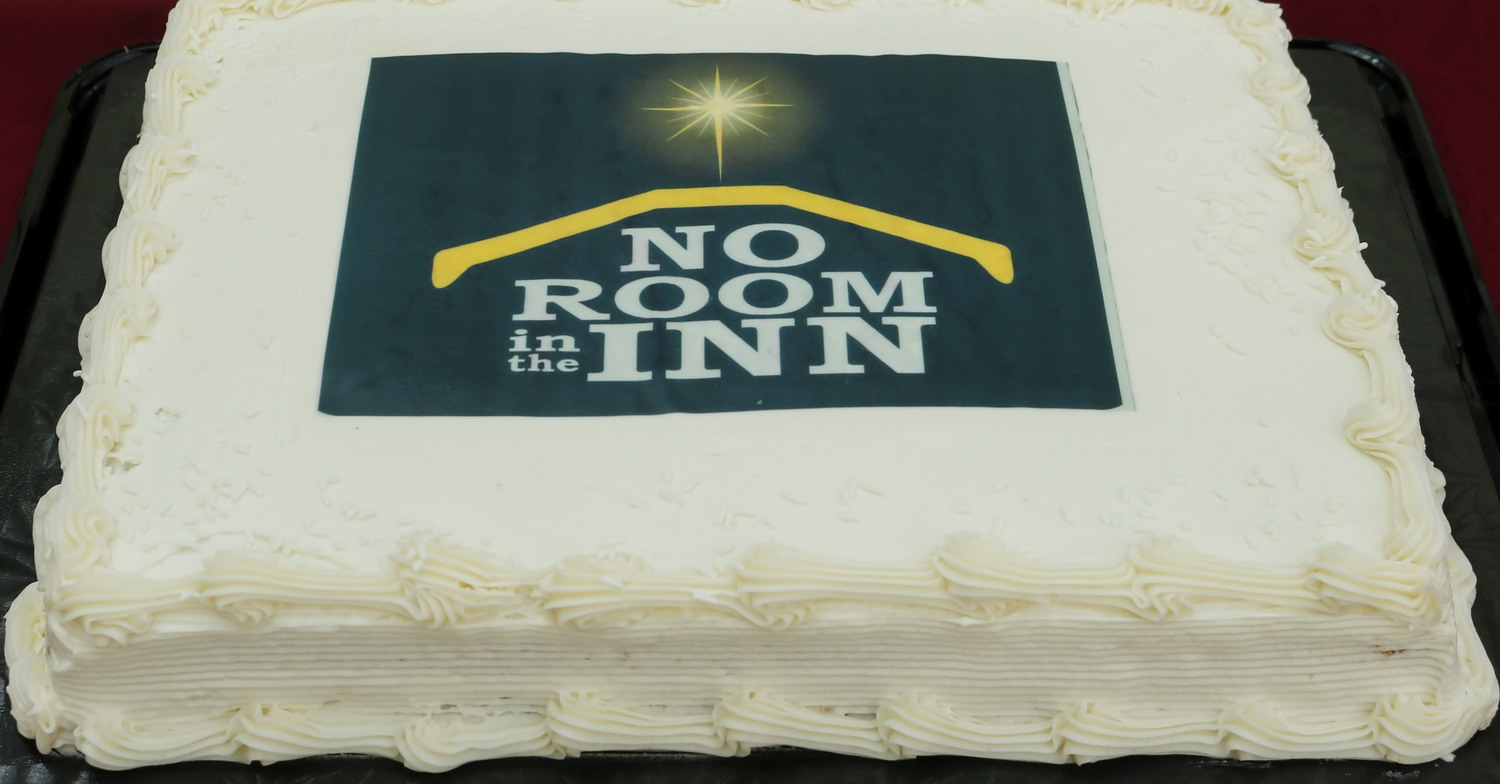 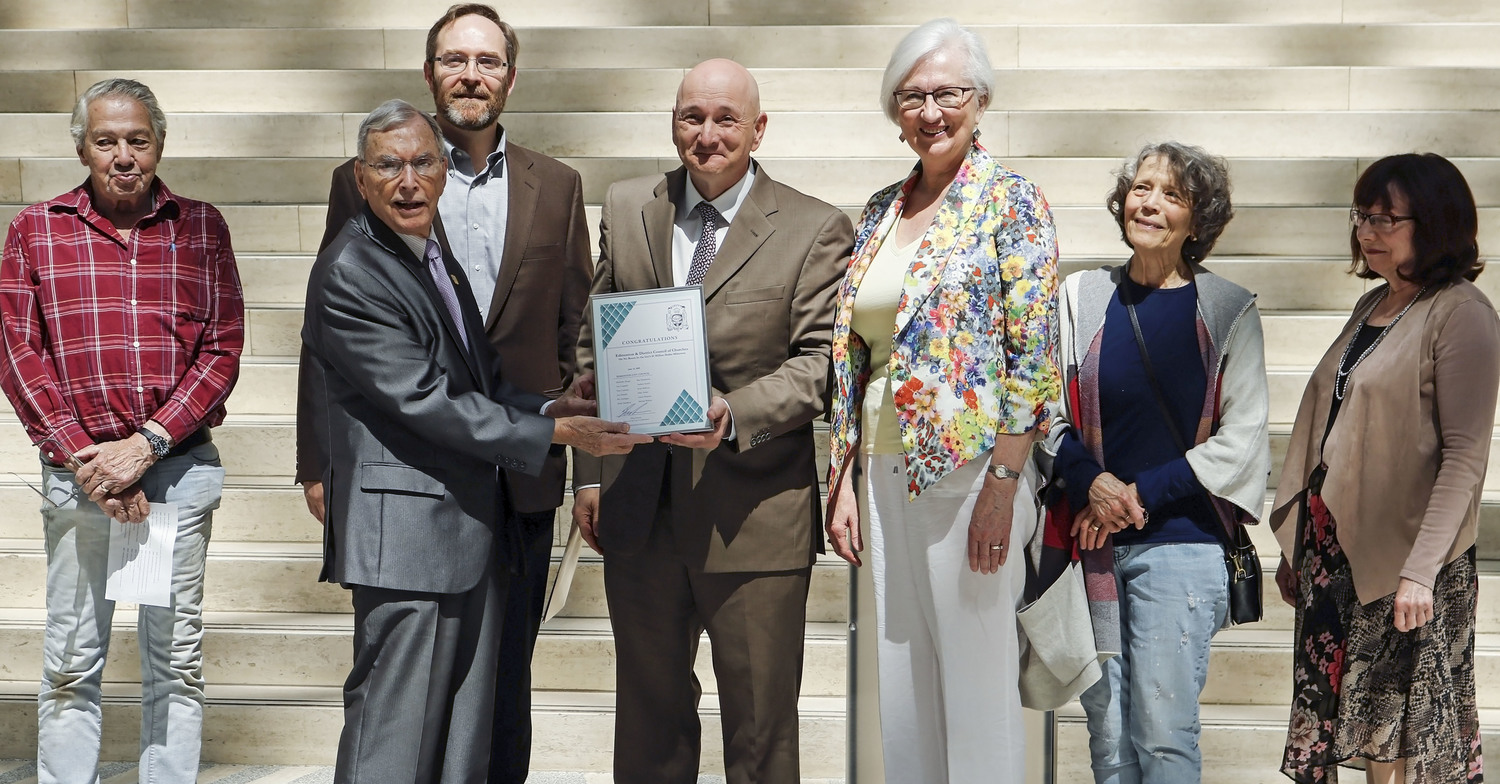 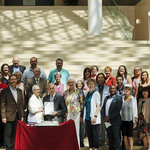 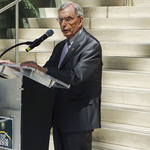 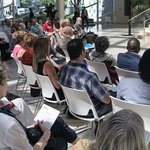 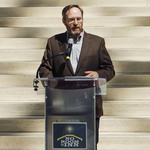 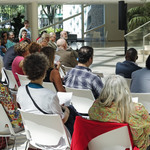 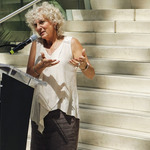 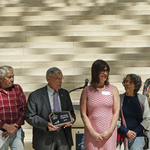 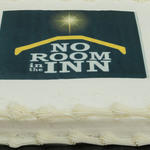 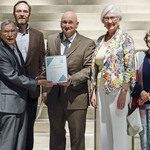 Representatives of faith communities, agencies helping vulnerable people and the City of Edmonton attended a ceremony at Edmonton City Hall on June 12 to celebrate the 20th anniversary of No Room in the Inn.

Since 1999, No Room in the Inn (NRII), an ecumenical initiative of the Edmonton & District Council of Churches (EDCC), has raised more than $1 million for organizations addressing the housing needs of vulnerable people. The campaign is inspired by the story of Mary and Joseph, who arrived in Bethlehem to discover no room for them in the inn. They found a place in a stable, where they welcomed their son, Jesus.

“Each year, church congregations and individuals from many denominations join together to raise money to provide financial support to housing providers to the homeless and people at risk here in the Capital Region,” said Julien Hammond, ecumenical and interreligious relations coordinator for the Catholic Archdiocese of Edmonton and a member of the EDCC. “Today’s celebration marks a milestone not only of fundraising within the Christian communities of Edmonton, but also, a proven, successful partnership between Edmonton area churches and several nonprofit housing services for 20 years.”

Contributions to the 2018 campaign boosted the total amount of money raised by the NRII committee (a small group of 4-8 people who share the belief that no one in our community should be without safe, adequate housing), to over a million dollars.

One committee member who has “really the backbone of the NRII project since its inception is the extraordinary and tireless Rev. Don Mayne,” said Hammond. “We’re so blessed he can be with us today to share the history of the No Room in the Inn project.”

In 1999, the EDCC held a public meeting at the archdiocese office to address the need for churches to work together to better serve the people of the inner city of Edmonton, said Mayne.

“Our first project provided assistance for a new apartment (Rotary Millennium House) for inner city residents in the Boyle Street community,” he said. “Each year we add another project, covering the city from one side to the other. We have even had a major project in Sherwood Park.”

One hundred per cent of the proceeds from the NRII campaign go to the designated project, said Mayne. “The support that we’ve received from the EDCC has been amazing. Our largest annual offering so far has been nearly $80,000.”

Among the agencies NRII has supported over two decades, many of whom were represented at the City Hall ceremony, are E4C, Right at Home Society, Hope Mission, Wings of Providence, L’Arche Association of Edmonton, Women Building Futures, Urban Manor Society, the Canadian Mental Health Association, Oxford Houses and many others.

“Our organization was founded almost 50 years ago by a group of four churches and since then have been connected to the EDCC,” said Kourch Chan, chief strategy officer for E4C, a partner agency. “On three different occasions the NRII campaign has contributed to our efforts to provide housing for vulnerable people,” he said. Most recently, in 2015, NRII funds were used to help renovate Elizabeth House which is now a permanent supportive housing lodge. “We offer our sincere thanks for the work of the EDCC and NRII.”

“It’s an honour to offer congratulations to the committee for this amazing accomplishment and it’s a thrill for me to see the agencies representing the people whose lives have been touched by this campaign” said the Rev. Rev. Christina Bellsmith, current president of the EDCC. “I want to thank the committee and the churches that have raised funds.”

In 2018, more than $42,700 was given to Youth Empowerment and Support Services (YESS), the most recent NRII beneficiary. The money will be used to support renovations to the YESS emergency overnight shelter.

The Seniors Association of Greater Edmonton (SAGE) has been chosen as the 2019 beneficiary of the No Room in the Inn campaign for its work to address homelessness among the elderly.