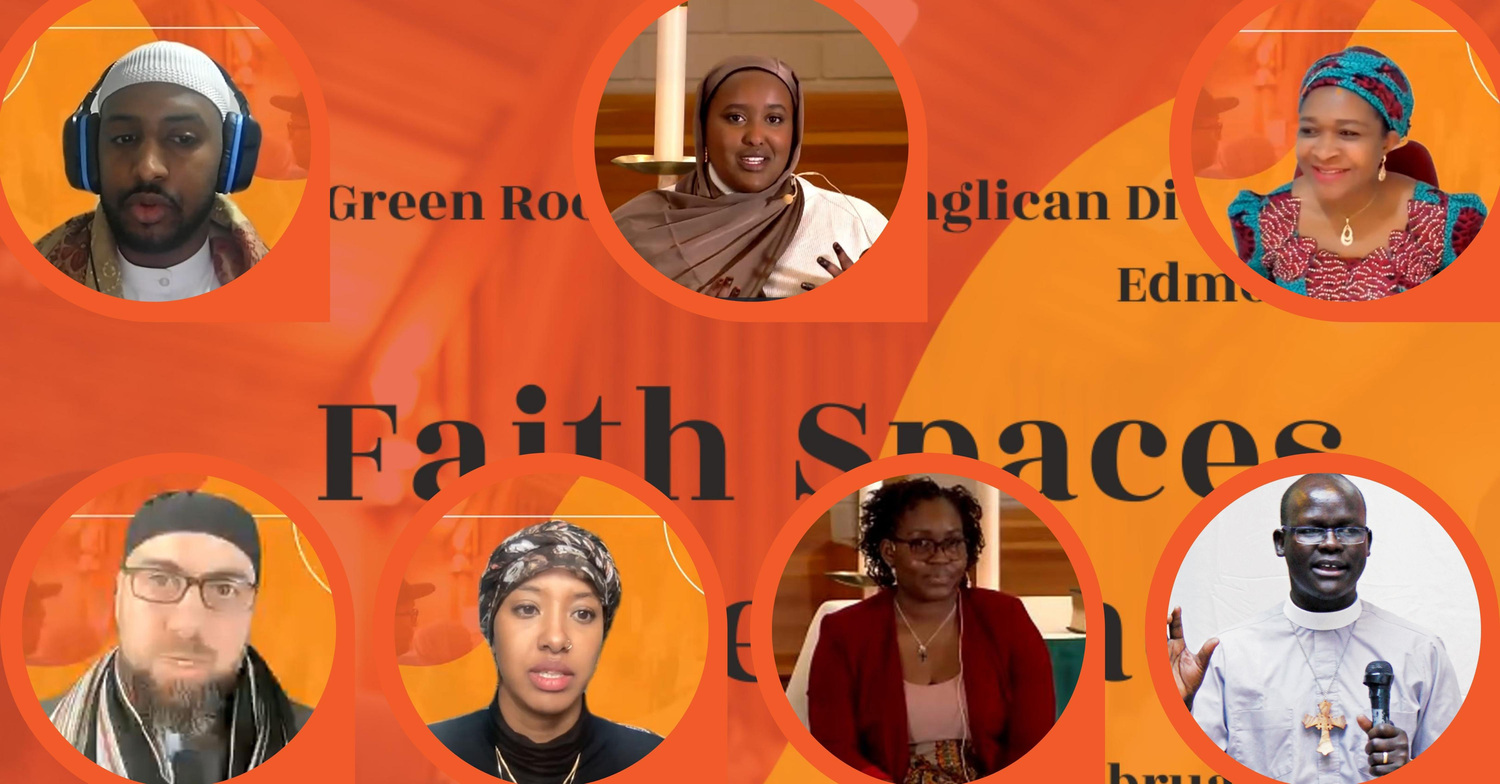 The recognition of Black History Month and World Interfaith Harmony Week proved an opportune time for Christians from the Anglican Diocese of Edmonton and Sunni Muslims from The Green Room to come together with interested community members in interfaith anti-racist solidarity by addressing the impacts of anti-Black racism on faith communities.

Led by the Ven. Jordan Haynie Ware, Archdeacon for Social Justice and Community Connection for the Edmonton diocese and Ibrahim Long, Muslim Chaplain at the University of Alberta, organisers hosted a virtual conference, which they called Faith Spaces | Safe Spaces. It was held on February 5, a day proclaimed by Edmonton Mayor Amarjeet Sohi as “Anti-Black Racism Day," declaring:  “racism and acts of hatred have no place in Edmonton which is home to many diverse faith groups who contribute to our city through their common values of compassion, solidarity and respect.”

“It’s not unfamiliar to experience racism and anti-Muslim hate, but there is something that has felt unrelenting about the past year and a half,” said Faith Spaces | Safe Spaces host Timiro Mohamed, Youth Initiatives Manager for The Green Room, a youth program supported by The Islamic Family and Social Services Association (IFSSA). “In early 2020 George Floyd’s murder sparked the awakening of many new allies to the reality of racism that we had already been living with. Black community members deserve to experience safety and belonging in our places of worship; unfortunately, this is not always our reality.”

Haynie Ware, rector of Good Shepherd, Edmonton and Long, Outreach Iman at Al Rashid Mosque, said, anti-Black racism is pervasive “even in religious spaces that should know better.” Yet, she also noted, God's call to us to be inclusive communities is written in Christian and Islamic holy texts.

“Our respective scriptures teach that God is anti-racist, that God created all human beings on the earth of every race and nation and loves us all. It only makes sense for us to work together to end the anti-Black racism we see in our community,” she said.

The workshop offered on the Zoom videoconferencing platform featured scripture readings from the Holy Bible and Qu’ran.

The Rev. Akon Lual Akon, rector of St. Mark-Jieng parish, a Dinka-speaking community of Christians from the southern Sudan who worship at All Saints’ Cathedral, read from the book of Acts (10:24-38): Simon Peter’s visit to the Gentiles.

“For all of us, no matter your skin colour or nationality, it doesn’t matter in the presence of the Lord,” said Akon. “God created us all equal. We must not let our personal beliefs segregate us.” Instead, “we should look at the differences we have as our strengths. We are true people of God when we come together in love and respect for one another as one community, as one society for the common good of all human beings.”

Ustadh Long shared in Arabic and English, selections from the 49th and 30th chapters (Suras) of the Qur’an (30:22; 49:13), and two sayings (hadiths) of the Prophet Muhammad: ‘There is no superiority for an Arab over a non-Arab, nor for a non-Arab over an Arab. Neither is the White superior over the Black nor is the Black superior over the White except in reverence for God. God does not look to your faces and your wealth. Rather, God looks to your hearts and to your deeds.’

“Just as racism exists in our society it, unfortunately, at times exists within our faith centers,” said Ustadh Khalid Yassin, an Islamic Studies teacher at the Edmonton Islamic Academy. “There is no denying that racist sentiment is rampant among many faith groups including Muslims. “Yet, racism goes against the very fundamentals of creation. Reflecting on chapter 30 of the Qur’an, Yassin said, “diversity of language and colour is a sign of God. If you choose to reject the colour God has spread within people, you are choosing to reject signs of God himself.”

As children of God we need to act on what we value and believe, said Dr. Rachael Edino, a researcher at the University of Calgary who has studied the successes and challenges encountered by first and second-generation African Immigrant Women in pursuit of post-secondary science, technology, engineering, and mathematics (STEM) post-secondary degrees and careers in Canada. “And we need to consider our actions. Do you assess people before you talk to them? How many people of colour have you had coffee with? How many have you Zoomed with? Try to get to know people and their backgrounds. Through our actions, we are planting seeds for younger generations…”

“I ruminate on Rachael’s word about making an intentional and sincere effort to get to know people from other places and cultures,” said the Rt. Rev. Stephen London, Bishop of Edmonton, in the Zoom chat. “It reminded me that in the Anglican church we are trying to respond to a divided world with our actions of being present to people, being curious about who people are, and reframing our narrative. As Rachael said, ‘our attitude speaks.’”

“Our churches and our mosques are places we go to be in community with fellow worshippers and to seek refuge in our faith and guidance from our creator,” said Zahro Hassan, an advocate and educator at the University of Alberta currently researching young adult refugees' experiences accessing post-secondary education in Canada. “So, to encounter racism in these spaces is heartbreaking and leaves us disoriented,” said Hassan who helped facilitate small-group conversations around the questions: “how does racism manifest itself in our faith spaces? and what can we do to make our faith spaces more welcoming and inclusive?”

“I am hopeful that open and honest dialogue, reflection, and a willingness to learn are some of the first steps in an ongoing process of change and healing,” said Timiro Mohamed, who hosted the event with Good Shepherd member Bella Asiri.

Long, who is also the youth mental health lead for IFFSA, said this event “is the first step in a movement toward tangible action to make our faith spaces safe for racialized community members.”

Organisers of Faith Spaces | Safe Spaces hope to widen their circle of partners in this work by offering an in-person event sequel later in the spring. They anticipate being able to share a meal and hospitality with participants as they work toward communities free of racism.

The World Interfaith Harmony Week is based on the pioneering work of the Common Word initiative. This initiative, which started in 2007, called for Muslim and Christian leaders to engage in a dialogue based on two common fundamental religious Commandments; Love of God, and Love of the Neighbour, without nevertheless compromising any of their own religious tenets. The Two commandments are at the heart of the three Monotheistic religions and therefore provide the most solid theological ground possible.