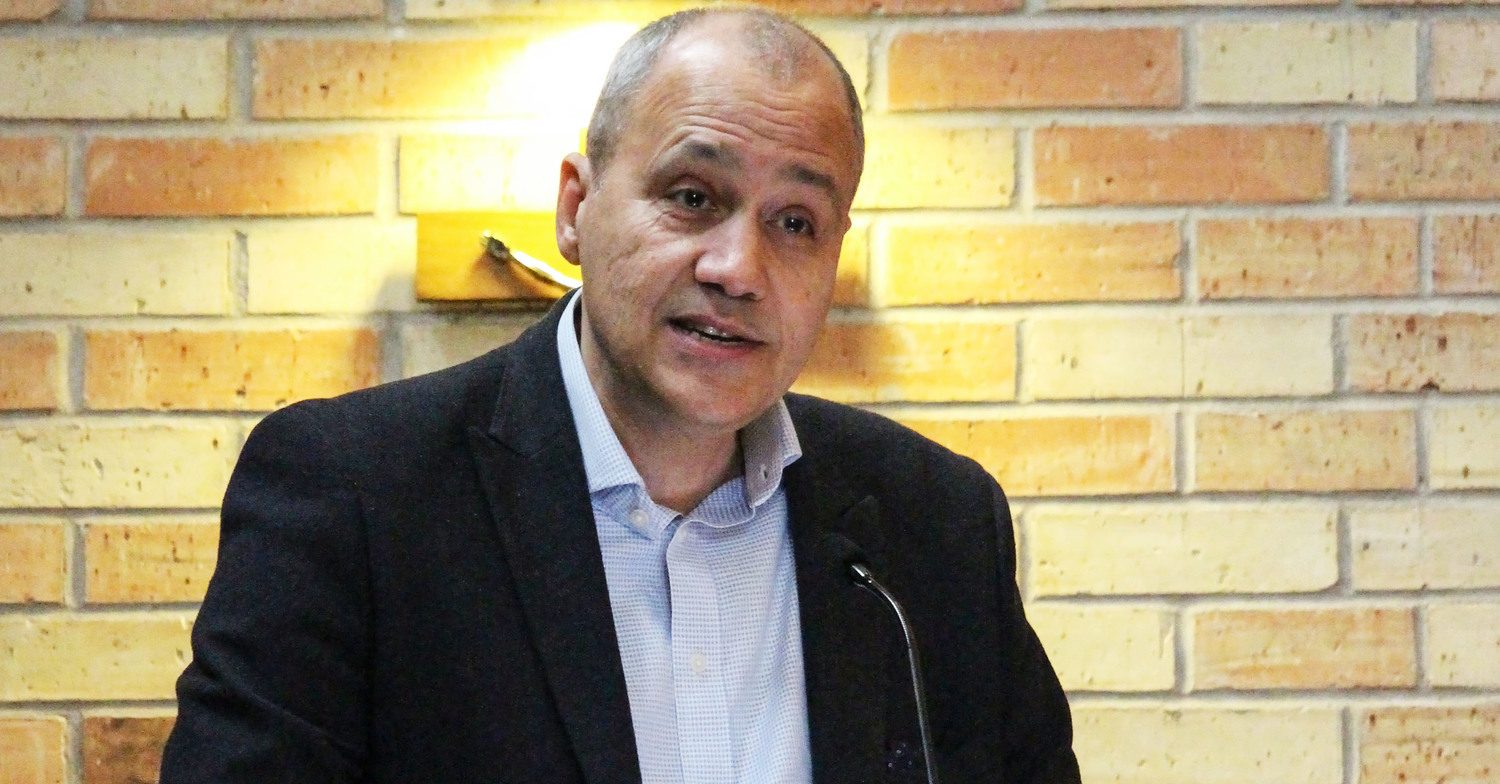 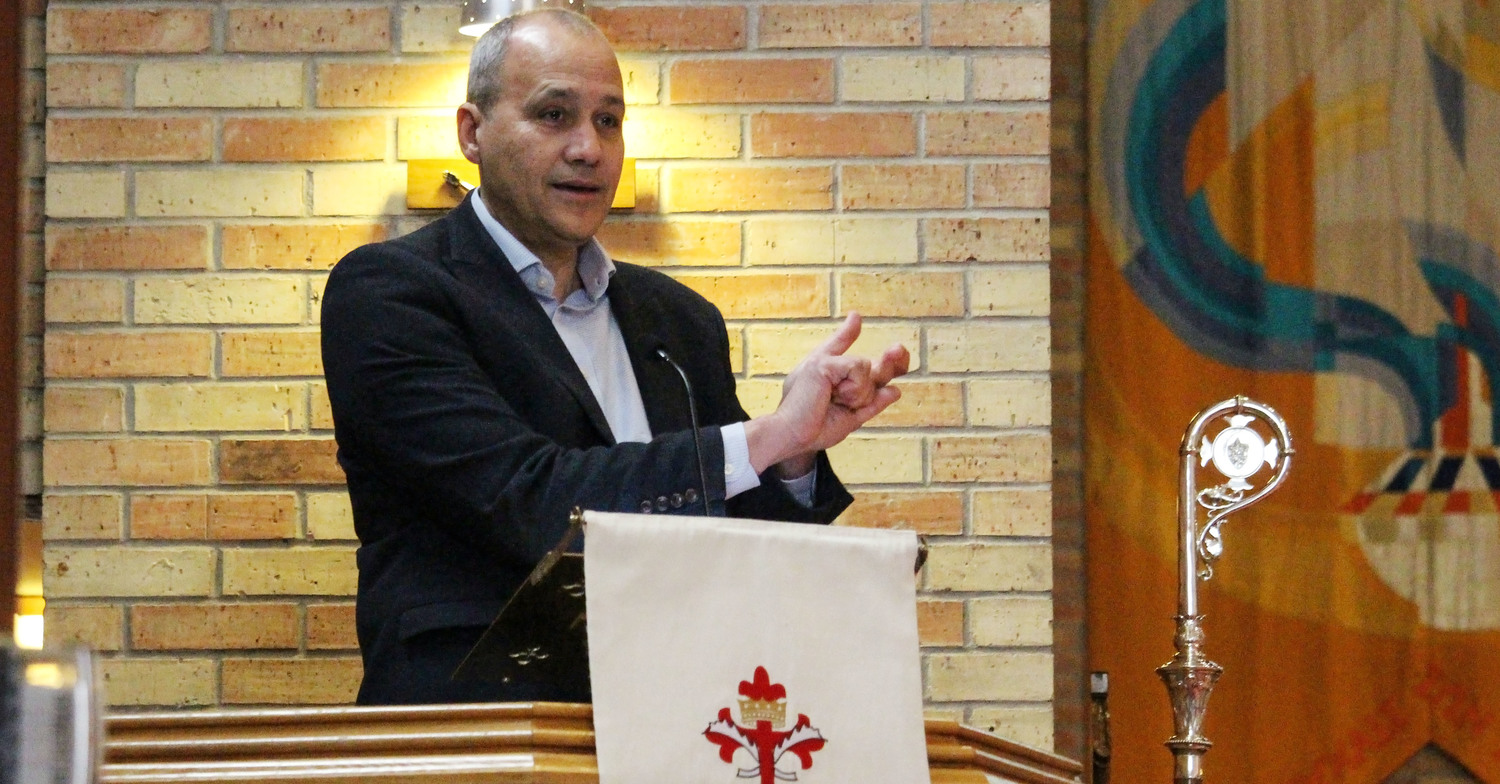 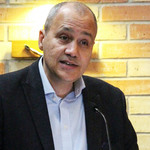 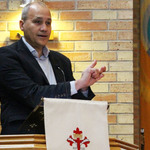 In 2011, a volcano erupted in Grímsvötn, Iceland, creating a giant ash cloud and disrupting air travel across western and northern Europe. Yet, somehow, Michael Harvey was aboard the last flight out of the UK bound for his first visit to the Edmonton diocese. God had a plan.

Over the past seven years, Harvey has been shepherding us toward becoming not only a welcoming church, but an intentionally inviting church. This continued for six days last week, as Harvey visited the diocese once again and offered encouragement in facing our fear of rejection by trusting that, in God, we may realize the benefits of being a proactive and invitational church.

Perhaps what the church today needs to hear, Harvey told the Choral Eucharist congregation at All Saints’ Cathedral on Good Shepherd Sunday, is that we don’t need more leaders. We need more followers of the Shepherd; people willing to take a step of faith and let God be in charge; more connection with the God who wants to direct us.

“The Shepherd says ‘follow me. We’ll get through this together.’ Our Shepherd is with us. He enters into our pain to restore us. Our Shepherd is not waiting for us on the other side of darkness. He makes a way in the darkness,” said Harvey, preaching on the gospel Psalm 23.

But how does that work in life?

Harvey recalled a Monday morning when he was nine-years-old. “It should’ve been a great day,” he said. His sister was five-years-old and starting school. “In the playground, I was surrounded by my classmates who said to me ‘why are you black and your sister white?’” At the time, he was unaware that he and his sister did not share the same father. His father, he found out later, is Jamaican.

“That was the start. At nine-years of age and throughout the whole of my school years, I learned all the names a black child could be called. They tormented me. They excluded me. Rejection was the lens through which I viewed life and abandonment lurked on the surface of everything.”

“Until one Sunday in this diocese about three years ago,” part of God’s plan, even through tears, was clearly revealed to Harvey as he was preparing to give the homily at St. John the Evangelist Church. Five minutes before the processional hymn he realized, in a panic, that the gospel reading was not the one he had prepared for. Instead, he listened to the gospel for the day and heard these words: ‘I will not leave you orphaned. I am coming for you.’

“It was a good job I was on the front row because the tears started to flow. I was there thinking I was going to be ministering to God’s people that morning, but God wanted to restore me. He wanted to revive me. To tell me that, though my earthly parents had abandoned me, God had not. He had led me thousands of miles to hear the message. That’s why for the last 14 years, I’ve been trying to invite people into relationship with the Shepherd. He makes me. He leads me, he restores me. He guides me. He protects me. He provides for me. He anoints me. He follows me. Why would we not want God to be our Shepherd?”

Because of his background of abandonment and struggling with rejection the rest of his life, Harvey says that “to suddenly find God directly speaking through the gospel that morning was just such a comforting thought; that God is always there and that He came for me and is continuing to work to help me become who I am in Christ.”

Harvey’s mission now is to continue to help the members of our diocese realize and release their God-given gifts through the ongoing development of the I.D. framework, along with Bishop Jane and the Ven. Richard King, Archdeacon for Mission and Discipleship.

What We Do
Seasons of Invitation