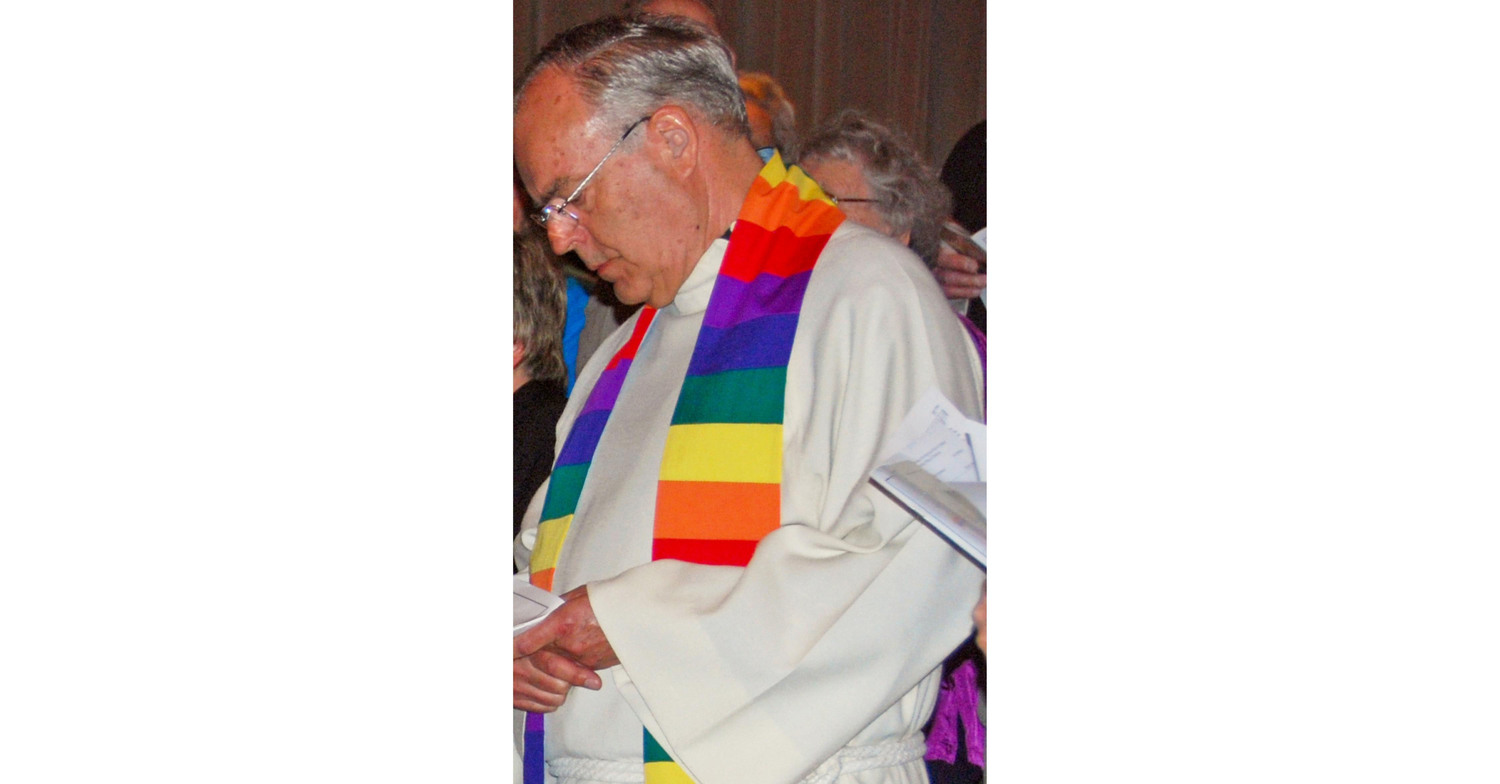 The Rev. Donald Gray, 85, died on June 26, 2022 at Agape Manor Hospice, with his children at his side. A funeral service will be held in Calgary, at Hillhurst United Church, on Saturday, July 2, at 10 am. Condolences and memories can be left through McInnis & Holloway. Gray expressed his gratitude for members of the Edmonton diocese in a letter he dictated to his son Jeff. Click Here to read the letter.

“Yesterday (June 26), my father Donald Gray lost his battle with the combined forces of age, leukemia and covid.  During his last days, I had the privilege of spending many hours with him, reflecting on his life and career and helping him wind up affairs. High on his list of final priorities, was to draft the following letter to his friends and colleagues in the Diocese of Edmonton. He dictated this rather slowly and painfully, but his meaning is clear.”

Thirty years ago, I landed in the Diocese of Edmonton a late-career clergyman searching for new direction.  After decades serving as a parish priest, and a grueling term as executive director of the Pastoral Institute in Calgary, I arrived in Edmonton bedraggled and worn, wondering what I might still have to offer.

Under the patient management of several of your predecessors, I found that direction in health-care pastoral education interspersed with fulfilling years of interim ministry in some of our most remarkable parishes.

Working with the clergy and laypeople of this Diocese has been a great privilege and stands as the highlight of my 60 years in ministry.  What a pleasure it was to be amongst you and to know you as friends and colleagues.

Recently, age and infirmity have taken me back to Calgary to be near my children.  Faced with the summing up of life, I want to take this occasion to thank you all for the opportunity to explore the mysteries of existence together.  Hold fast and take care of one another. Sincerely, Donald Gray