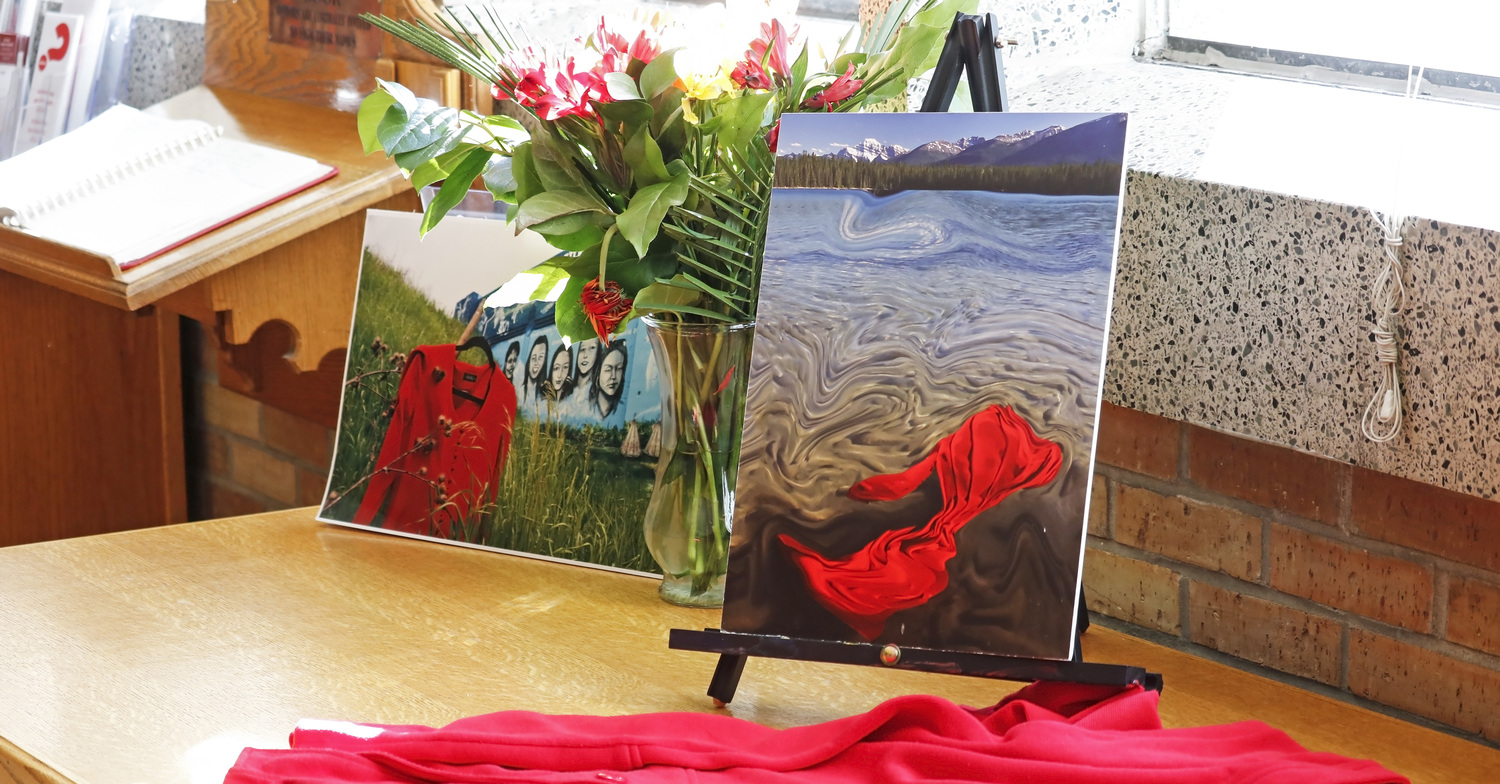 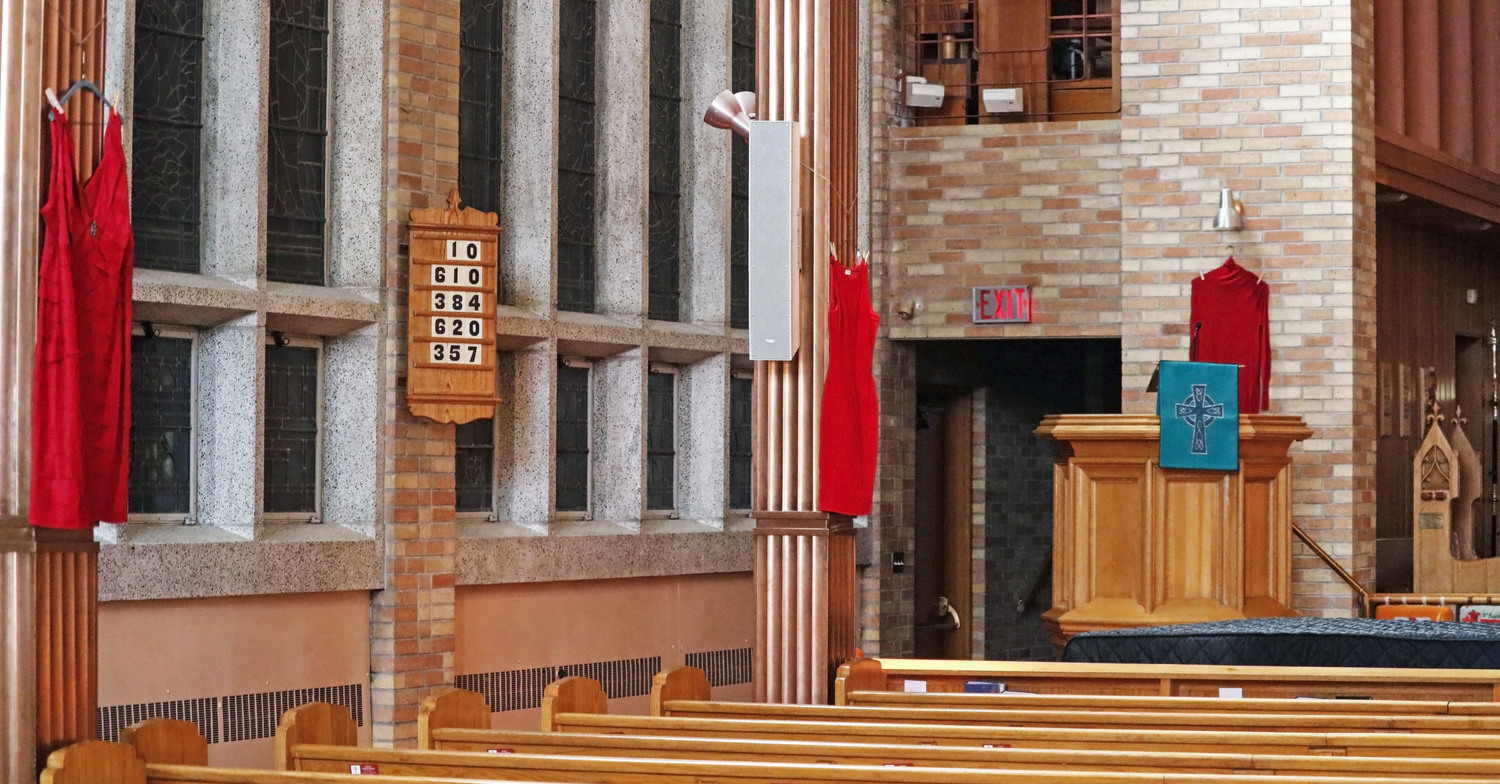 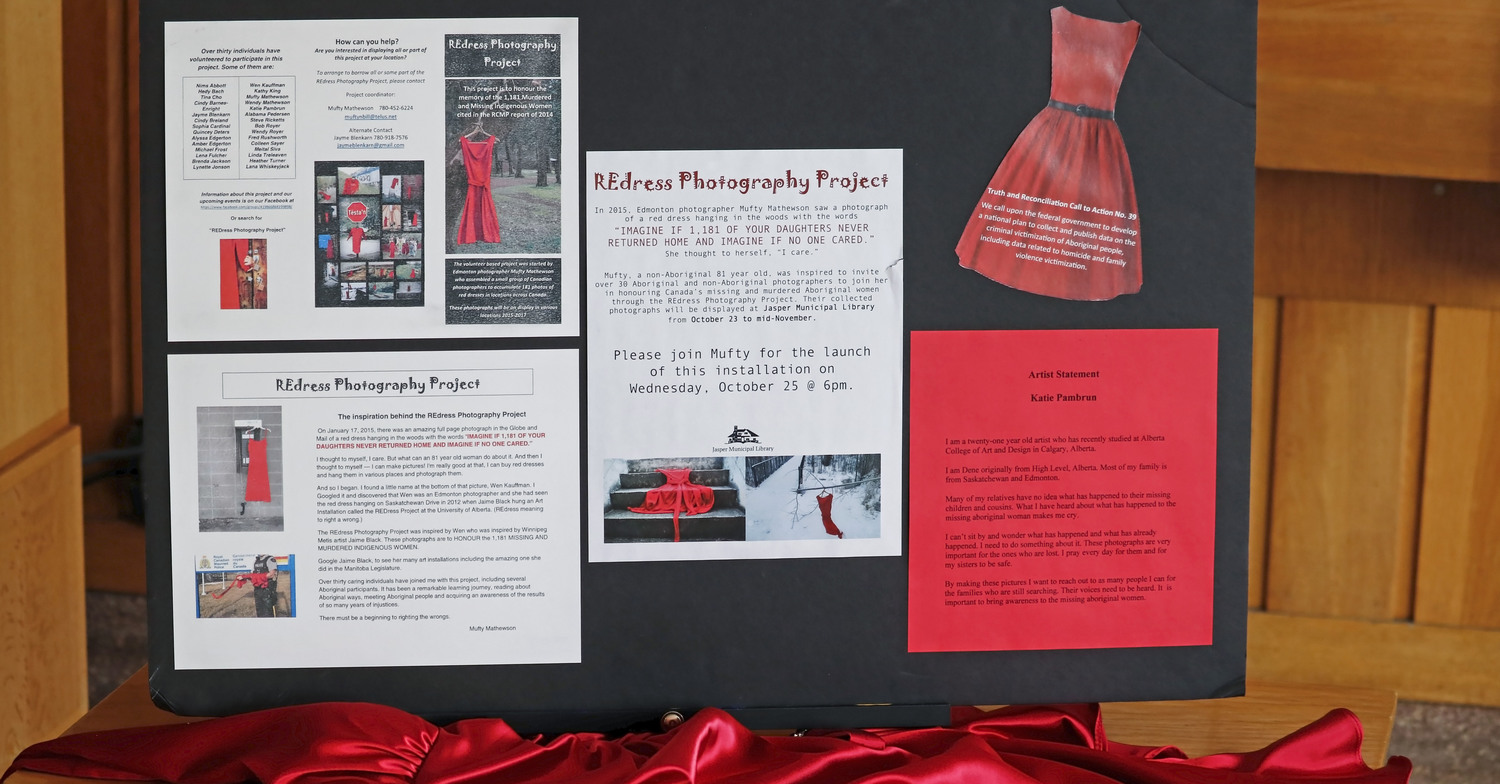 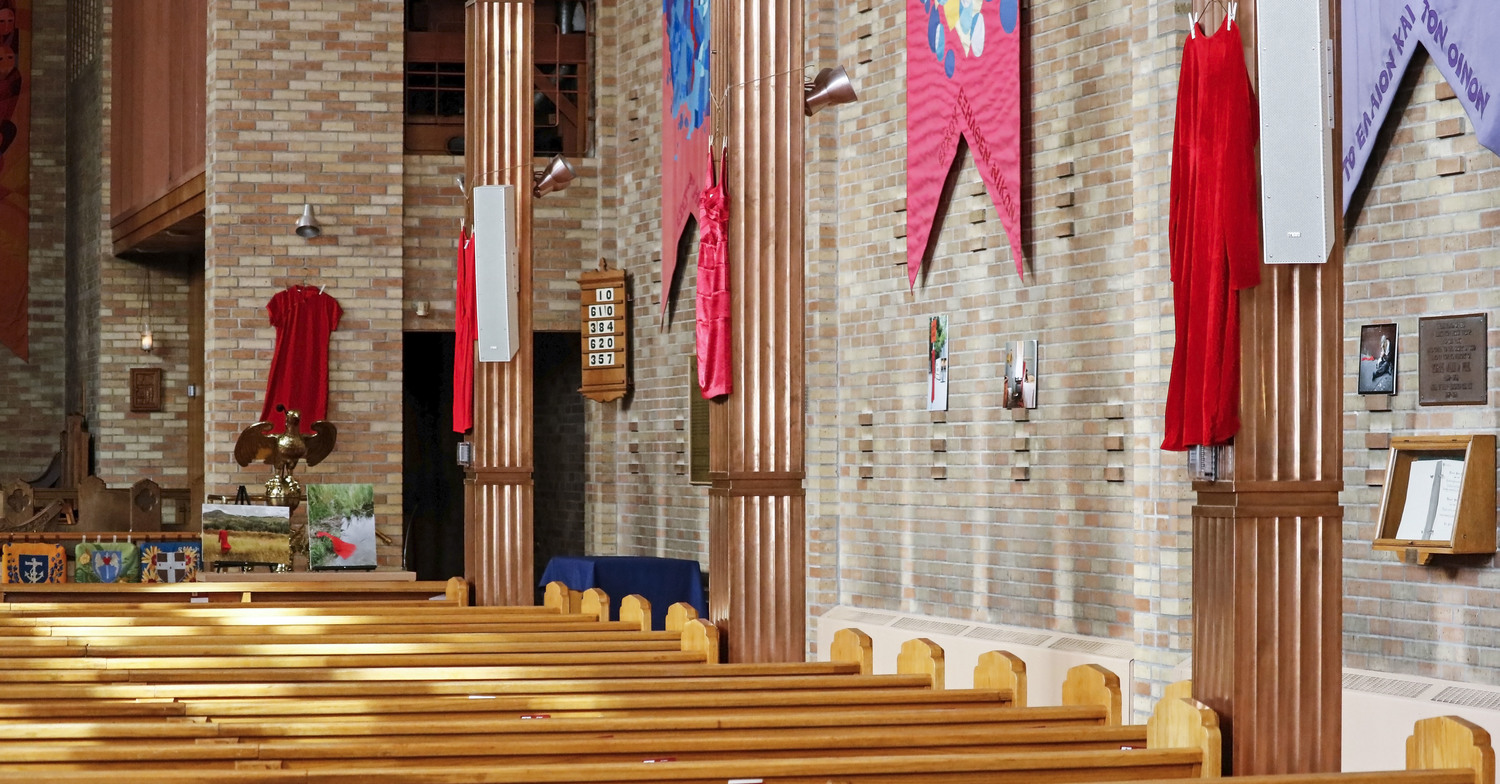 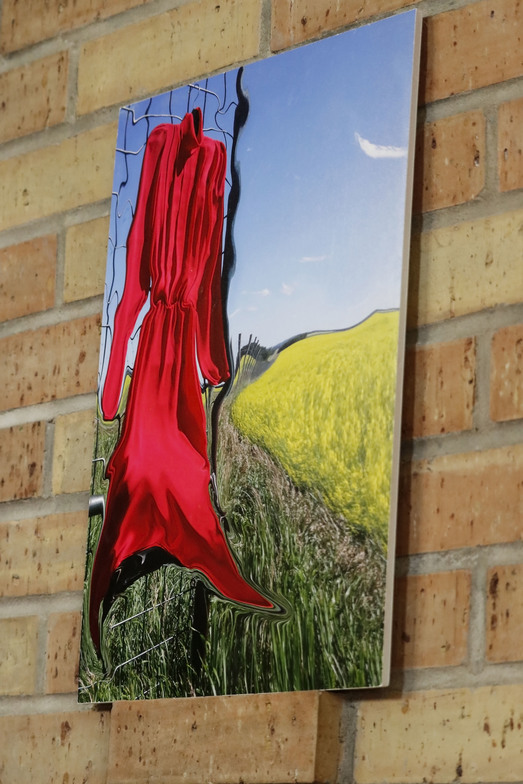 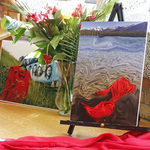 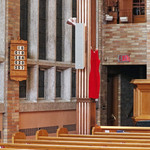 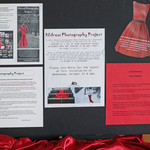 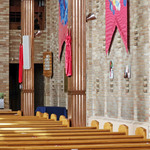 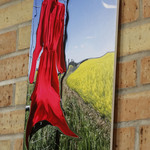 All Saints’ Cathedral hosted its 4th annual Red Dress Memorial Service on the evening of October 4.

The candle-lit prayer vigil was led by the Very Rev. Neil Gordon, Dean of Edmonton and Rector of All Saints’. The Ven. Travis Enright, Archdeacon for Indigenous Ministries, led a smudging ceremony and gave the reflection.

Lloyd Cardinal drummed an Honour Song and shared the history of the Sisters in Spirit Vigils (#SISVigils). Every year, family members, Indigenous community members and concerned citizens gather for vigils across Canada to raise awareness and provide support to families who have lost a loved one.

Participants in the Cathedral vigil, including Edmonton Mayor Don Iveson and City Councillor (Ward 6) Scott McKeen, stepped forward to light candles as the names of 1,100 missing and murdered Indigenous women were read in the background. The congregation sang the hymn “River of Life,” written by Jonathan Maracle, a Canadian Mohawk composer.

For several weeks the Cathedral sanctuary has been adorned with red dresses, and photographs by Mufty Mathewson. Inspired by the original REDress Project by artist Jaime Black, Mathewson, a local photographer, went to the nearest 'next to new' shop, bought three red dresses and began photographing them in different locations. After a month or so, Mufty posted several images on the Alberta Images Camera Club website and invited other members to join her.

Each attendee was given a paper heart to take home and write down the actions they will commit to doing to “honour women, girls and gender diverse people, while contributing to systemic change to keep them safe.” Members of All Saints’ parish have been engaging in the 150 Acts for Reconciliation project. The acts, such as attending a cultural event like a pow wow or watching an educational documentary, such as We Were Children or The Pass System, are listed at activehistory.ca .