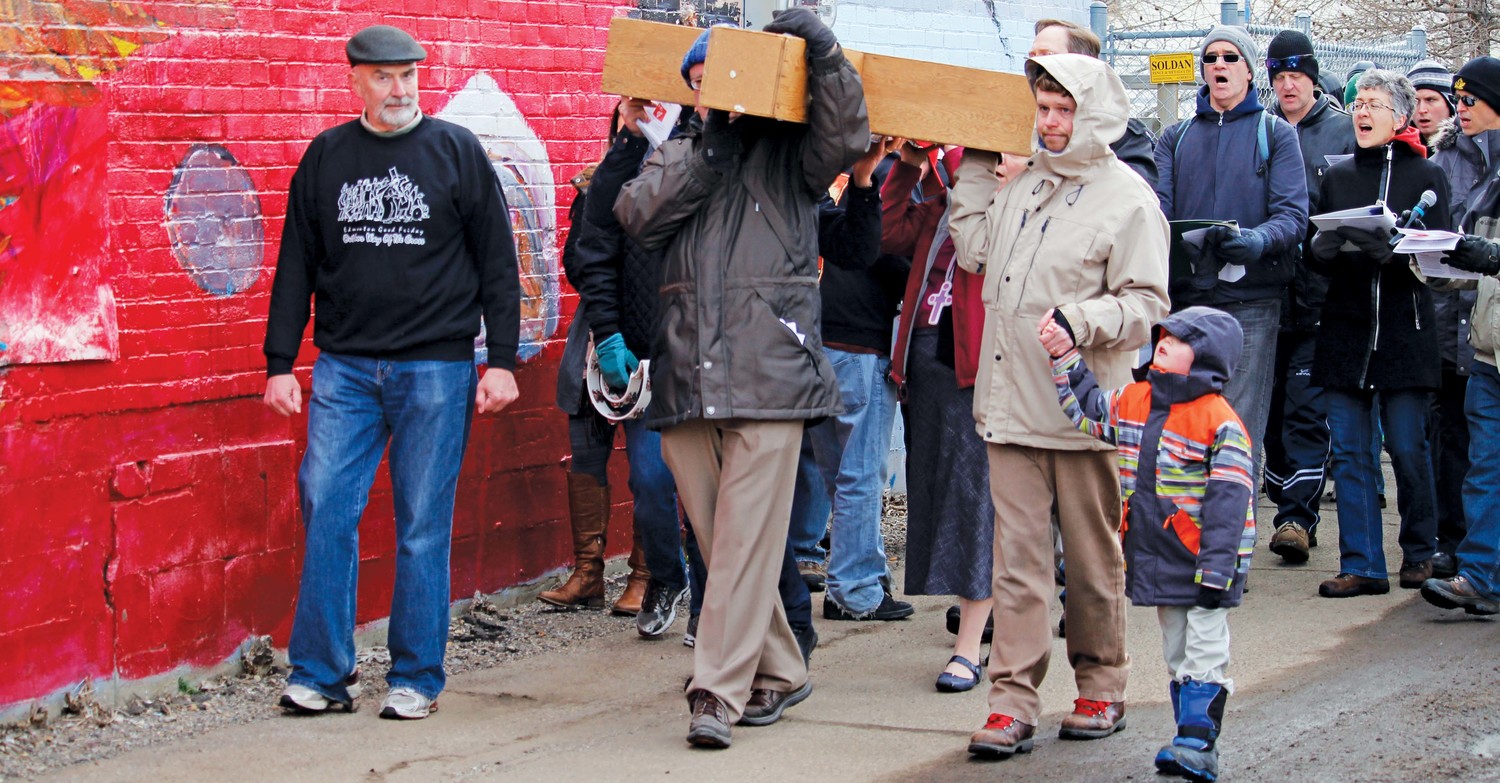 The prophet Amos declared, “I want to see a mighty flood of justice.”

The Church and individual Christians have a good record taking action to address the hurts experienced by many. We understand the lesson of the Good Samaritan to help those who are suffering or wanting. We have a commendable history applying bandages to wounds, necessary and useful work.

This is the Gospel call to social service often called “charity.” Without the faithful commitment of the Church in this area, life would be much more miserable for many.

But if such social service preoccupies us, we never address the question of why the acts of charity are needed. Martin Luther King Jr. said, “On the one hand we are called to play the Good Samaritan on life's roadside; but that will be only an initial act. One day we must come to see that the whole Jericho road must be transformed so that men and women will not be constantly beaten and robbed as they make their journey on life's highway. True compassion is more than flinging a coin to a beggar.... It comes to see that an edifice which produces beggars needs restructuring.”

Good works may enable injustice, or keep us so busy we fail to see underlying issues of discrimination and greed and hate that lead to the need for social services. Good works can be paternalistic or undertaken with an unnoticed condescension, the feeling those who are more able will “look after” those who are weaker, and so reinforce power imbalances. The focus becomes individual: this refugee or that woman experiencing domestic violence. We miss recognizing broad social and systemic wrongs that are at the root of people being hurt.

We need renewed energy to explore the biblical call to change the things that cause the problems. This is the Gospel call to social justice. Justice believes there is a correct and true way for things to be, God's good Creation, and that when that is lost there is a need to restore it.

Social justice can be uncomfortable or difficult. It may involve resisting or calling to account people and institutions and structures we have been taught to respect or obey. It may involve publicly standing with those others are ignoring or condemning. It may involve recognizing how much we ourselves have been drawn into the values and perspectives of a fallen Creation and have lost the vision of God's word. It may be lonely. It may lead to derision or attack. And it is hard work. It calls for time to research and educate and organize.

The Bible tells us social service in needed. But often this is linked to admonitions about social justice as an equally critical concern. Early in his ministry, Jesus quoted Isaiah that he was sent to set free the oppressed. We must not only attend to the injuries, but demand a safer, fairer world, where injuries are not disproportionately experienced by some.

Dom Helder Camara captured the tension of charity and justice when he noted, “When I give food to the poor, they call me a saint. When I ask why the poor have no food, they call me a communist.”

In the Diocese of Edmonton, the Social Justice Committee invites all to rediscover the meaning and practice of social justice. The Church sometimes slides gently in the direction of social service. But the biblical message offers the healthy reminder the story is only complete when we work for justice.

Dr. Martin Luther King Jr. in his speech, “Beyond Vietnam: A Time to Break the Silence,” at Riverside Church in New York City in 1967, named the “giant triplets” of racism, militarism and materialism that continue to plague our world today. “On the one hand we are called to play the Good Samaritan on life’s roadside; but that will be only an initial act,” says King. “One day we must come to see that the whole Jericho road must be transformed so that men and women will not be consistently beaten and robbed as they make their journey on life’s highway. Trust compassion is more than flinging a coin to a beggar. It is not haphazard and superficial. It comes to see that an edifice which provides beggars needs restructuring.” Jim Gurnett, Social Justice Committee, Diocese of Edmonton