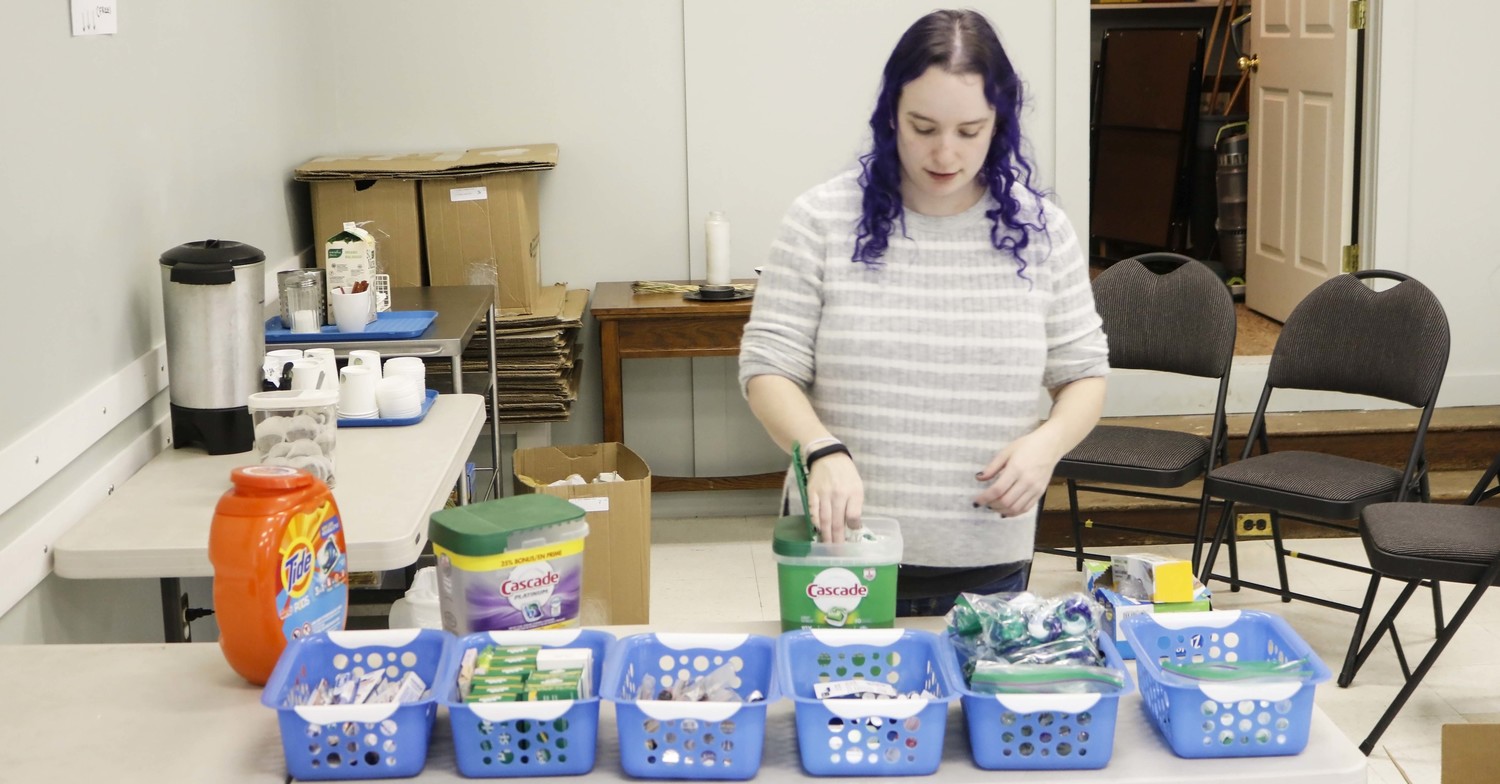 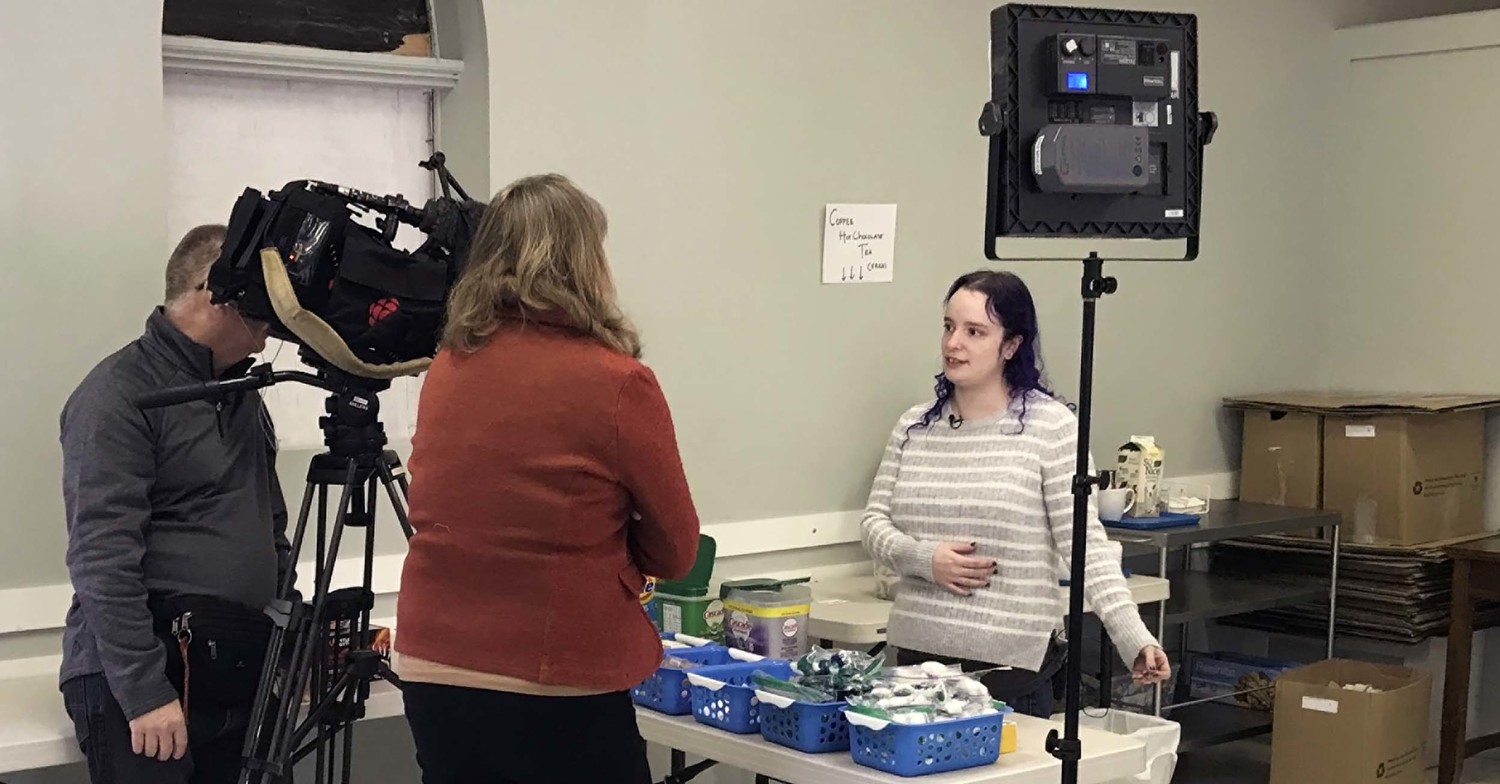 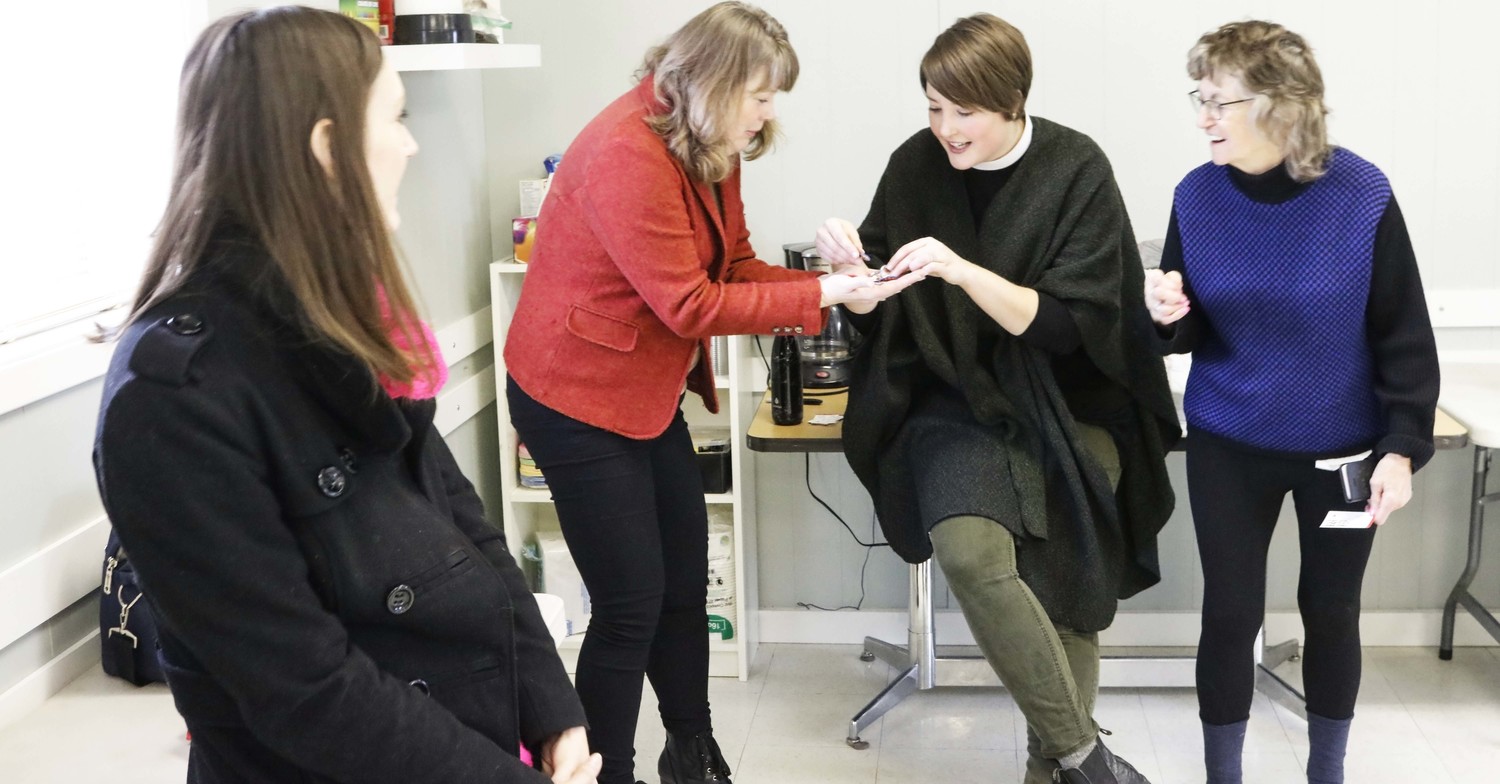 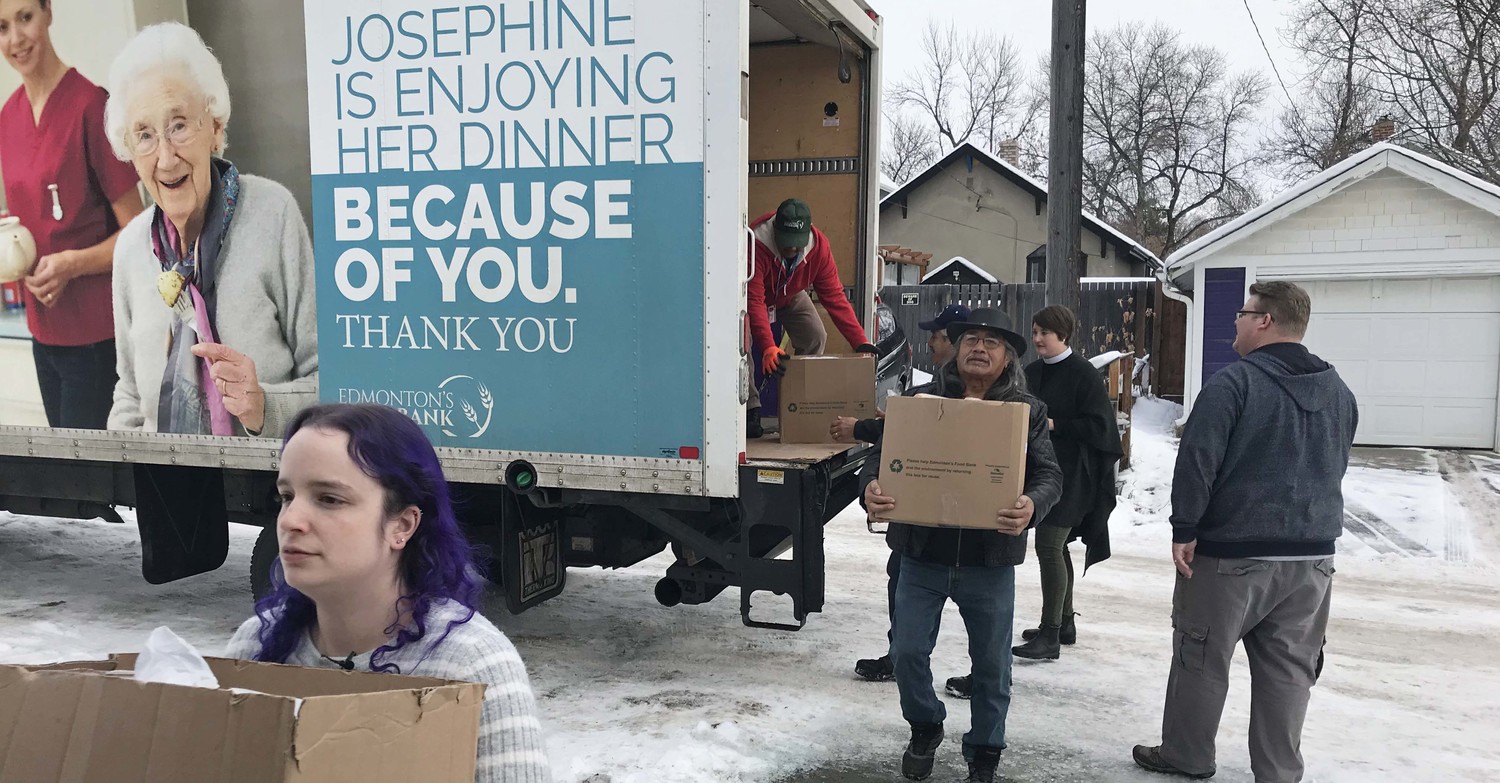 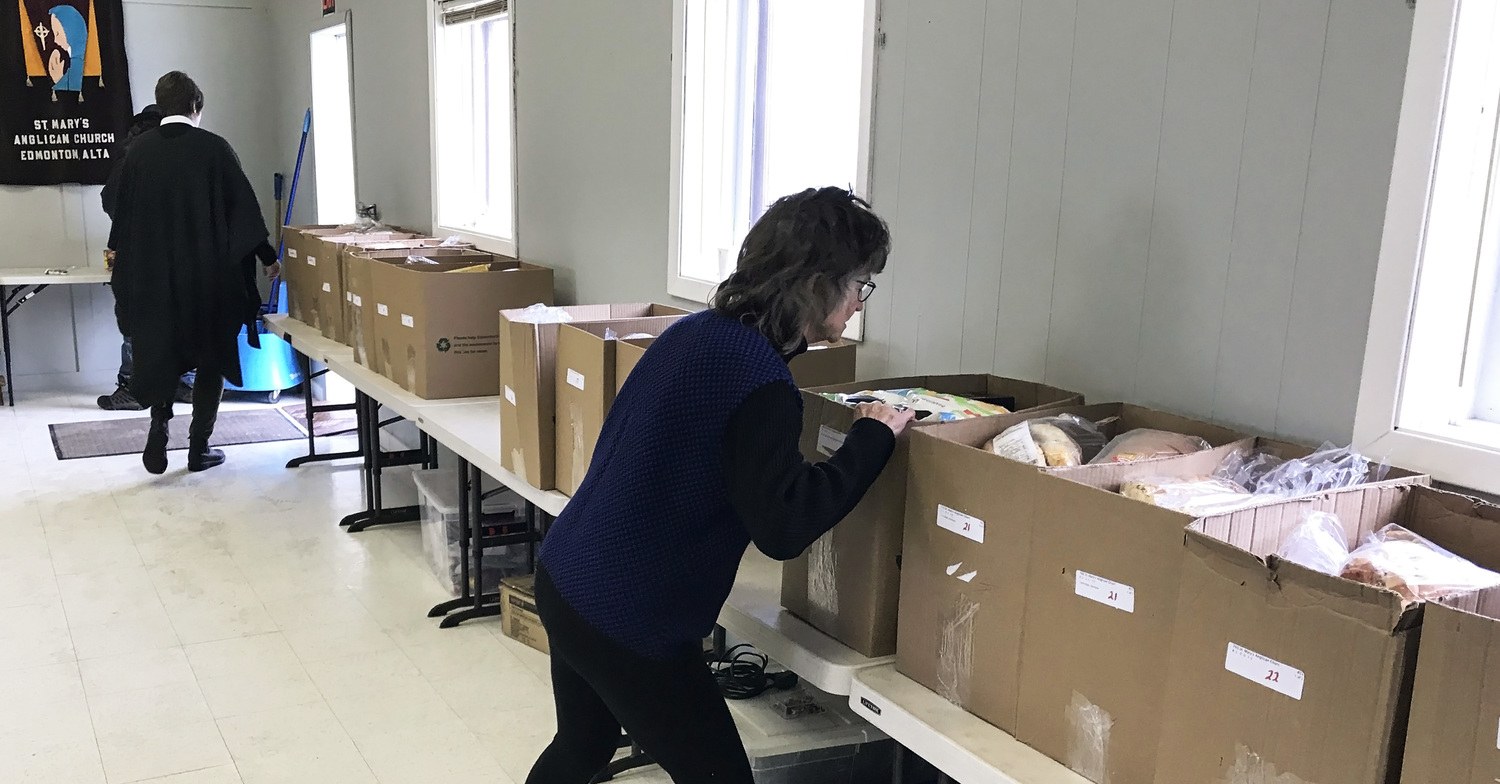 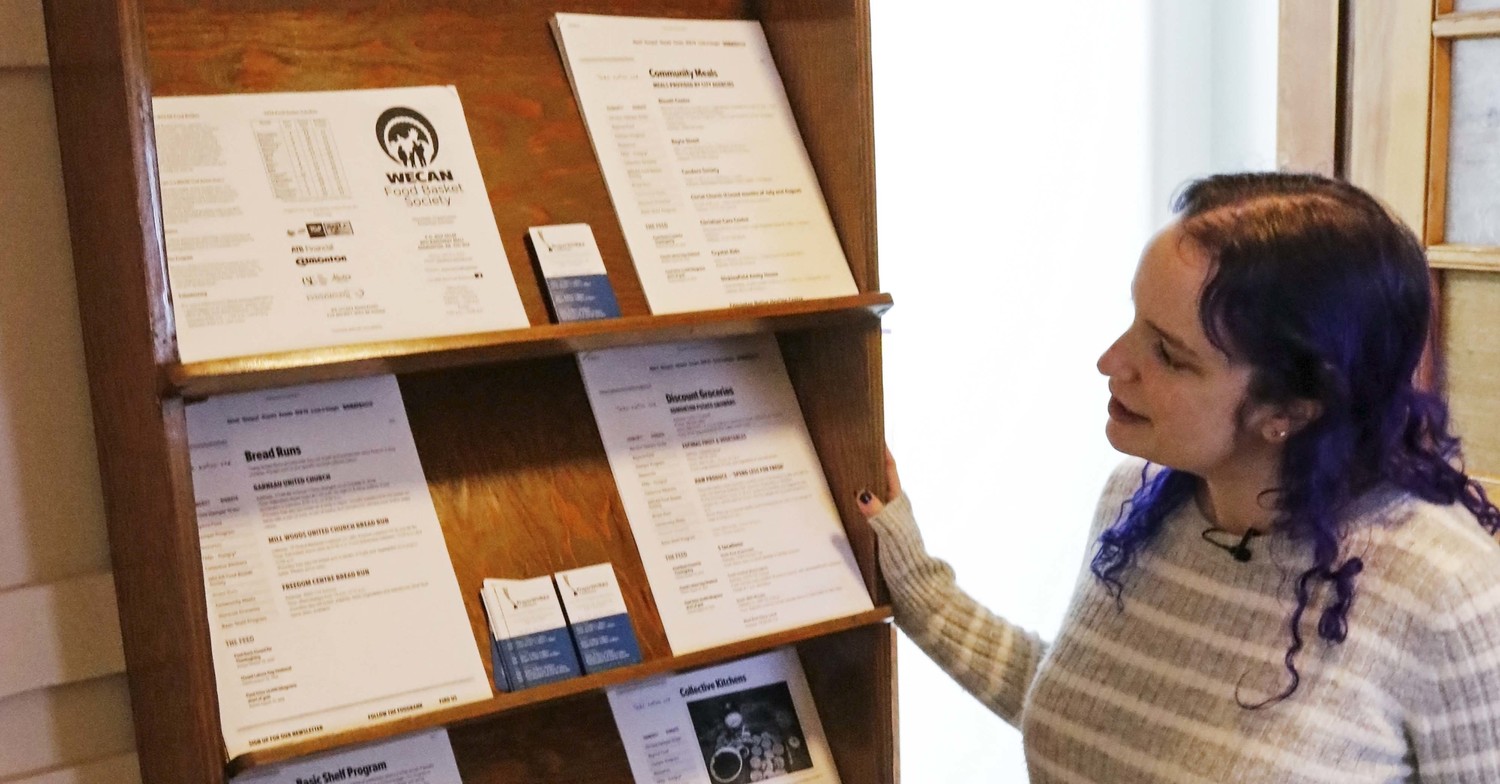 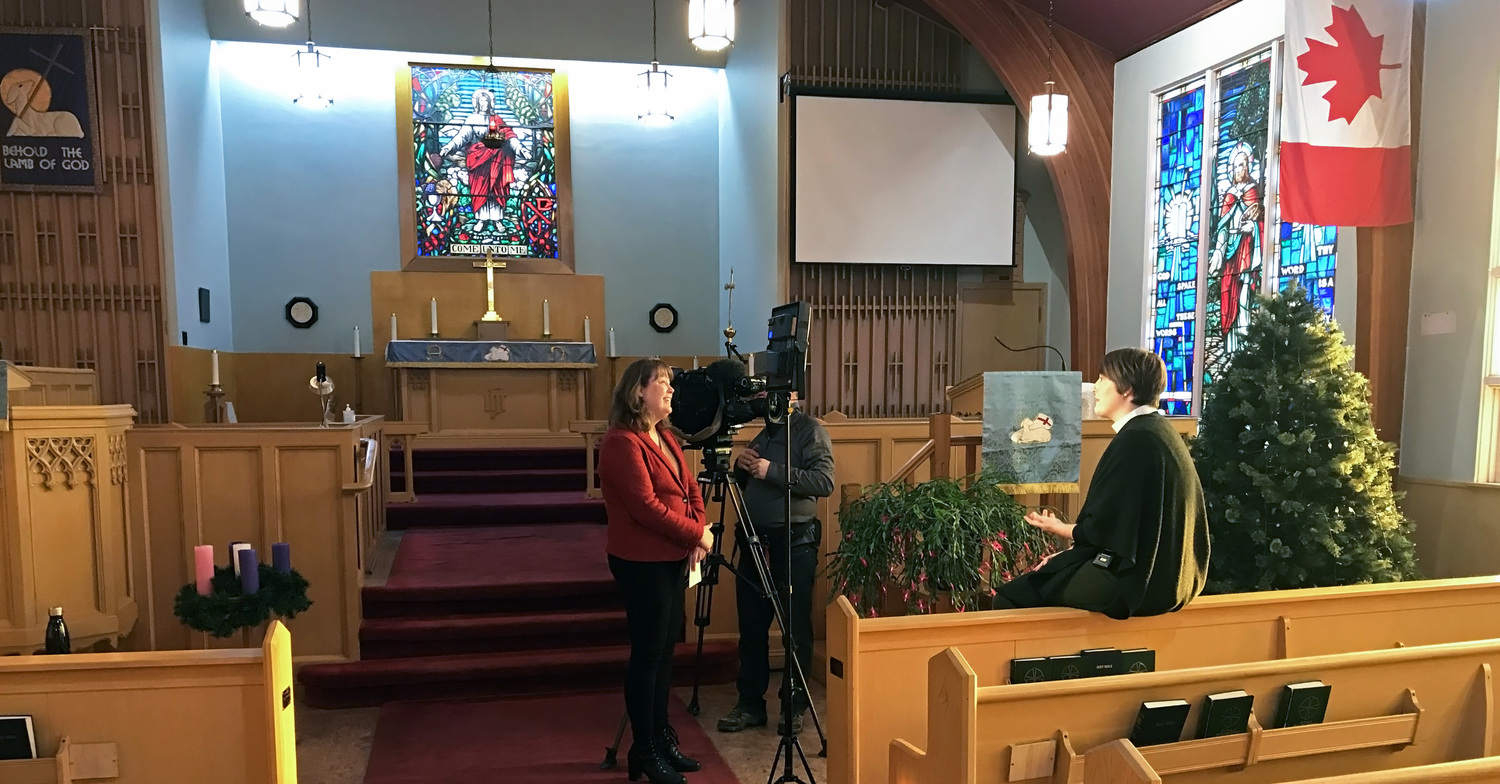 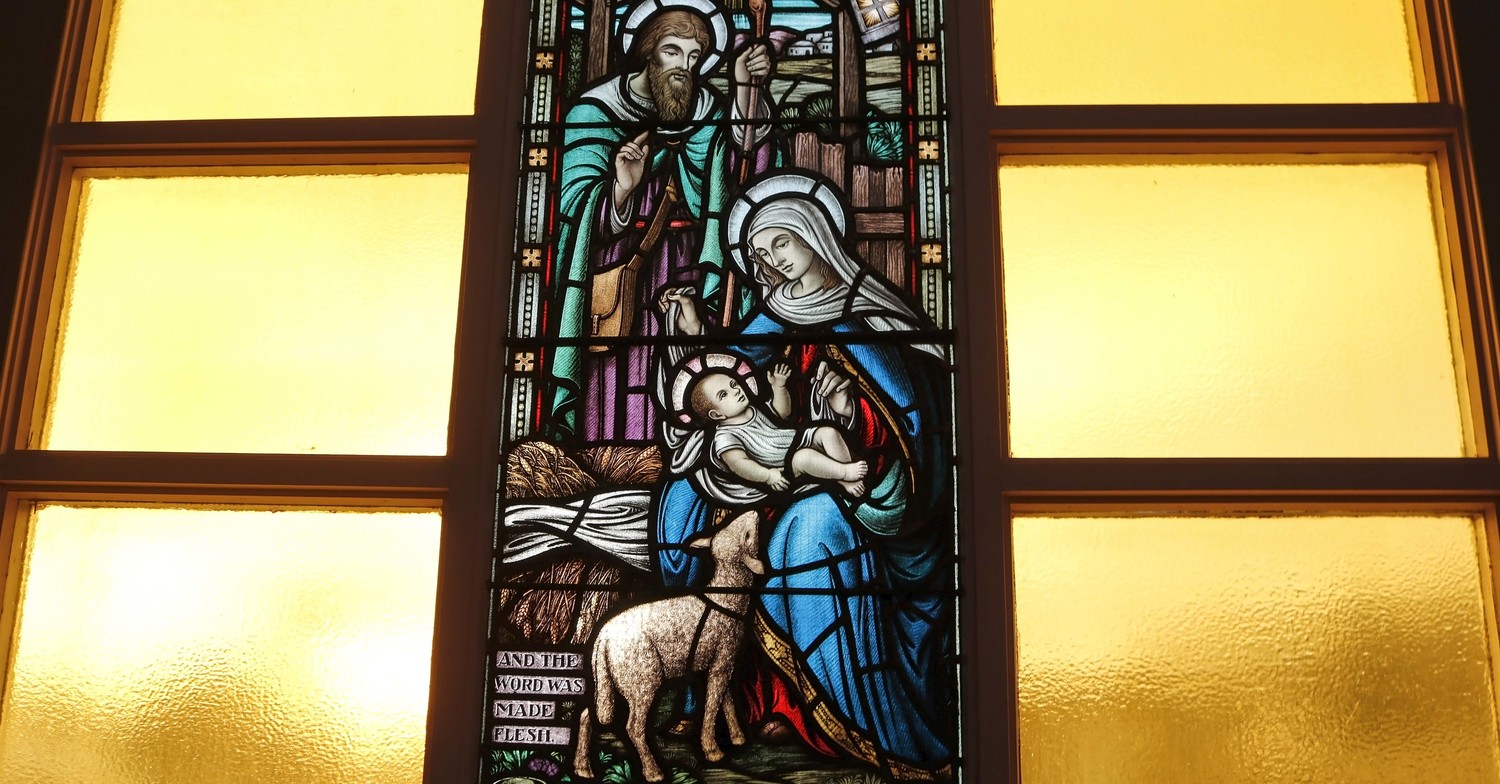 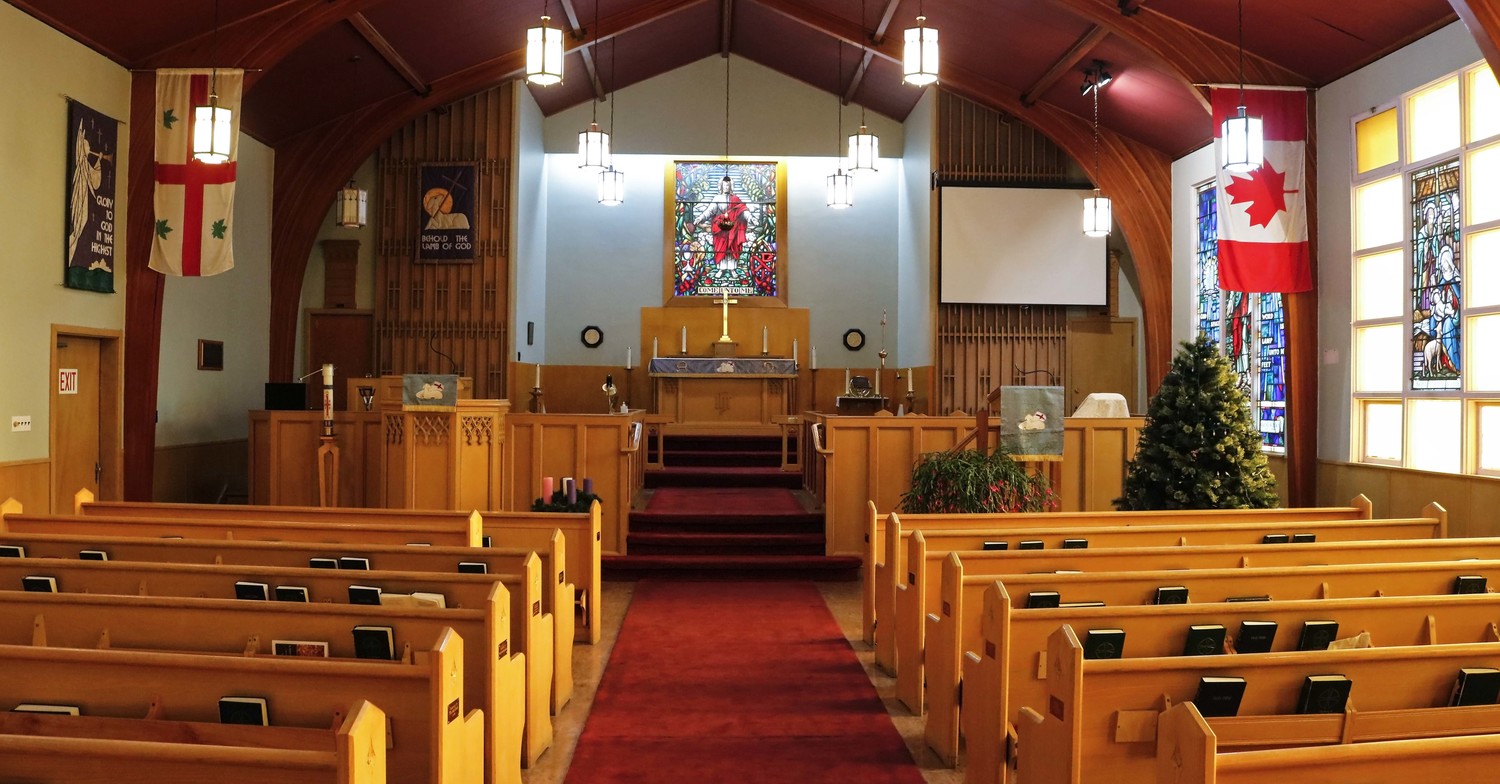 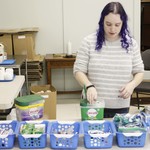 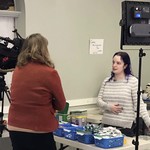 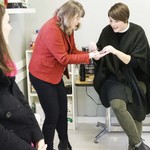 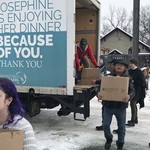 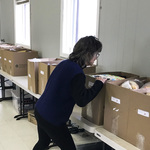 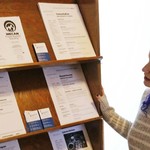 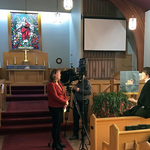 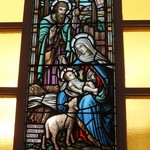 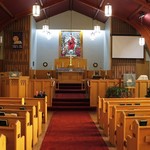 Poverty, visible and invisible, is everywhere and can affect anyone. Poverty is in rural Alberta and in all four corners of Edmonton. Each month, Edmonton’s Food Bank serves more than 22,000 people, of whom 40 per cent are children under the age of 18, through its hamper program.

“Between 2015 and 2018, the number of people accessing our hamper programs increased by 50 per cent,” says Samantha Potkins, special events and communications coordinator. “As of today, 58,603 Edmontonians have received a food hamper at least once in 2018.”

Of the 44 hamper distribution depots throughout the city, the majority are in churches. Several parishes within the Edmonton diocese run Food Bank depots to help meet the needs of people in their community. In the Highlands neighbourhood east of downtown and within blocks of the stately homes along Ada Boulevard, St. Mary’s Anglican Church receives as many as 50 hampers for its community members every Tuesday morning.

On December 11, Adrienne Lamb, producer and host of CBC television program, Our Edmonton, visited St. Mary’s with cameraman Rick Bremness and Samantha Potkins to chat with volunteers and staff about their ministry. The annual food bank feature program will air on CBC TV this Saturday at 9:00 am, Sunday at 2 pm and next Monday at 11 am.

Suzanne Brown began coordinating St. Mary’s Food Bank Depot more than 15 years ago. She admits that when the Food bank first opened in Edmonton in 1981 (Canada's first Food Bank run by the Edmonton Gleaners Association), she believed the common perception that it was for “down-and-outers: people who don’t want to work, who are on welfare or drugs. I found out that’s not true.”

Brown says she will always remember the senior lady who walked up to the door of St. Mary’s hall, but would not step inside. “She was too embarrassed. Her husband was in a nursing home and she couldn’t afford to buy food.”

Another woman Suzanne says she saw many times over three years, was a single mother raising three children while attending college. “One day, she came in and hugged me and said, ‘I got my social work degree and I got a job in Yellowknife. Thank you!’”

Lauralee Armstrong, 27, has been attending St. Mary’s since she was eight. When Brown “retired” as coordinator in August, the mother of two young boys, ages one and three, offered to lead the Food Bank ministry. Though she works full-time, is studying to be an accountant and volunteers as the parish treasurer, Armstrong looks forward to Tuesday mornings and spending time with the people who use the Food Bank. “I really enjoy being able to give back,” she says.

The Rev. Ruth Sesink Bott arrives around 9 am every Tuesday morning to put on a pot of coffee and create a welcoming space where people can enjoy a hot drink and smudge.

“One of the hardest things about poverty is loneliness. It prevents people from engaging in their community and often creates shame,” she says. “We want to show people that they are welcome here just as they are. We have all experienced a time when we’ve been broken and struggling. I’ve felt loneliness, I’ve felt sorrow. When I was a student we used the Food Bank. I know that struggle. It’s part of my own journey.”

Before she was appointed rector of St. Mary’s, Sesink Bott coordinated the PrayerWorks Common community meal program at St. Faith’s in the Alberta Avenue neighbourhood, where she “loved helping people on the margins.” She says she was a bit hesitant when asked to go to St. Mary’s.

“I thought oh, Ada Boulevard in the Highlands, is that really where I want to be? But the Highlands is a mixed neighbourhood. You wouldn’t think that just driving through. If you walk in the neighbourhood, you’ll see signs of that mixed reality,” she says. The area has a large percentage of seniors, immigrant and Indigenous families struggling to buy the food they need on a “very limited income.” Recently, one Indigenous family smudged with Ruth and told her they had felt welcome as soon as they walked through the door and smelled sage.

“Coming here I was overjoyed when Suzanne said, ‘Hey Ruth, we are the community Food Bank.’ It’s amazing when we connect with our neighbours: people of all ages, at all stages,” she says. “We’re just overjoyed to be able to love our community in this way.”

St. Mary’s welcomes anyone who is able and would like to help with their Food Bank ministry on Tuesday mornings.

Edmonton’s Food Bank Festive Campaign, which and runs until January 11, 2019, helps provide services year-round. The Food Bank receives no core government funding for programs, services or food purchases and relies on the generosity of the public.

“We aim to raise 350,000 kilograms of food and $1.8 million dollars,” says Potkins. “This is an increase over last year’s goals, which is reflective of the high need in our community.”

For a list of the many events and ways you can lend your support to the Food Bank, please visit www.edmontonsfoodbank.com; or call 780.425.2133.