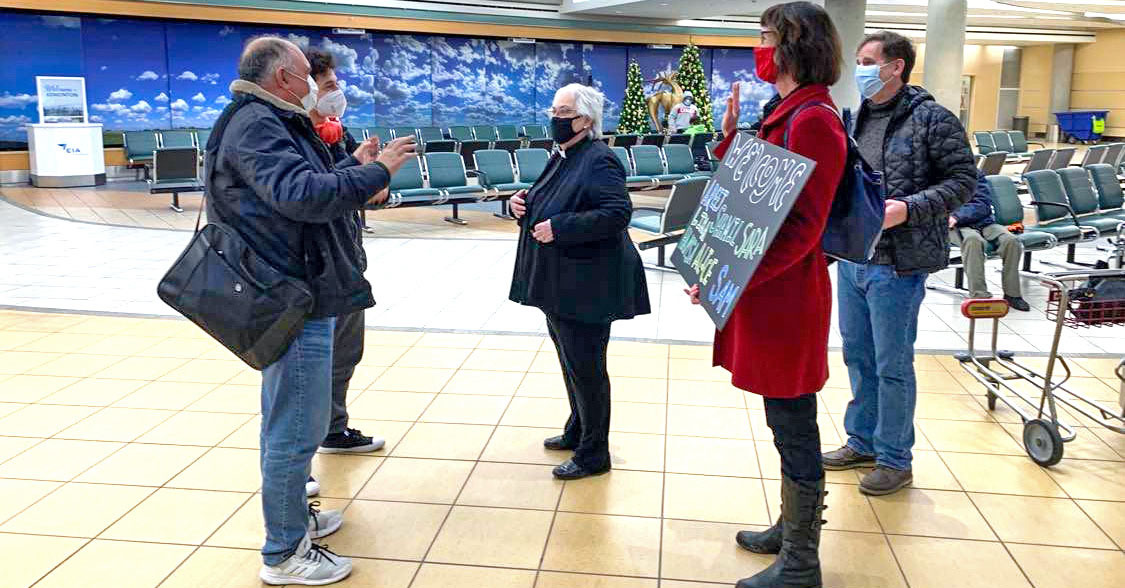 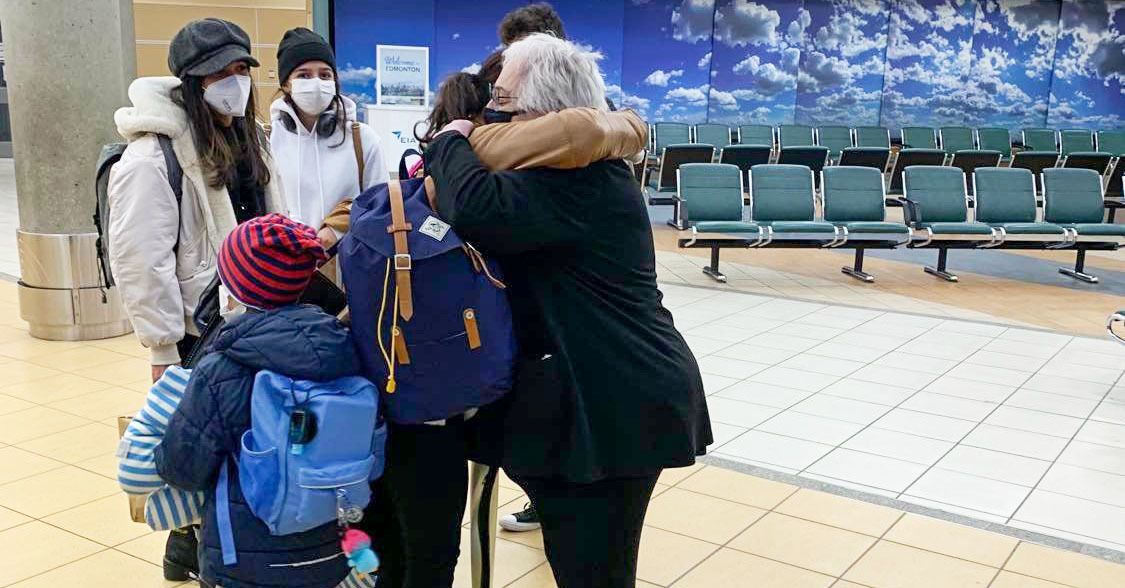 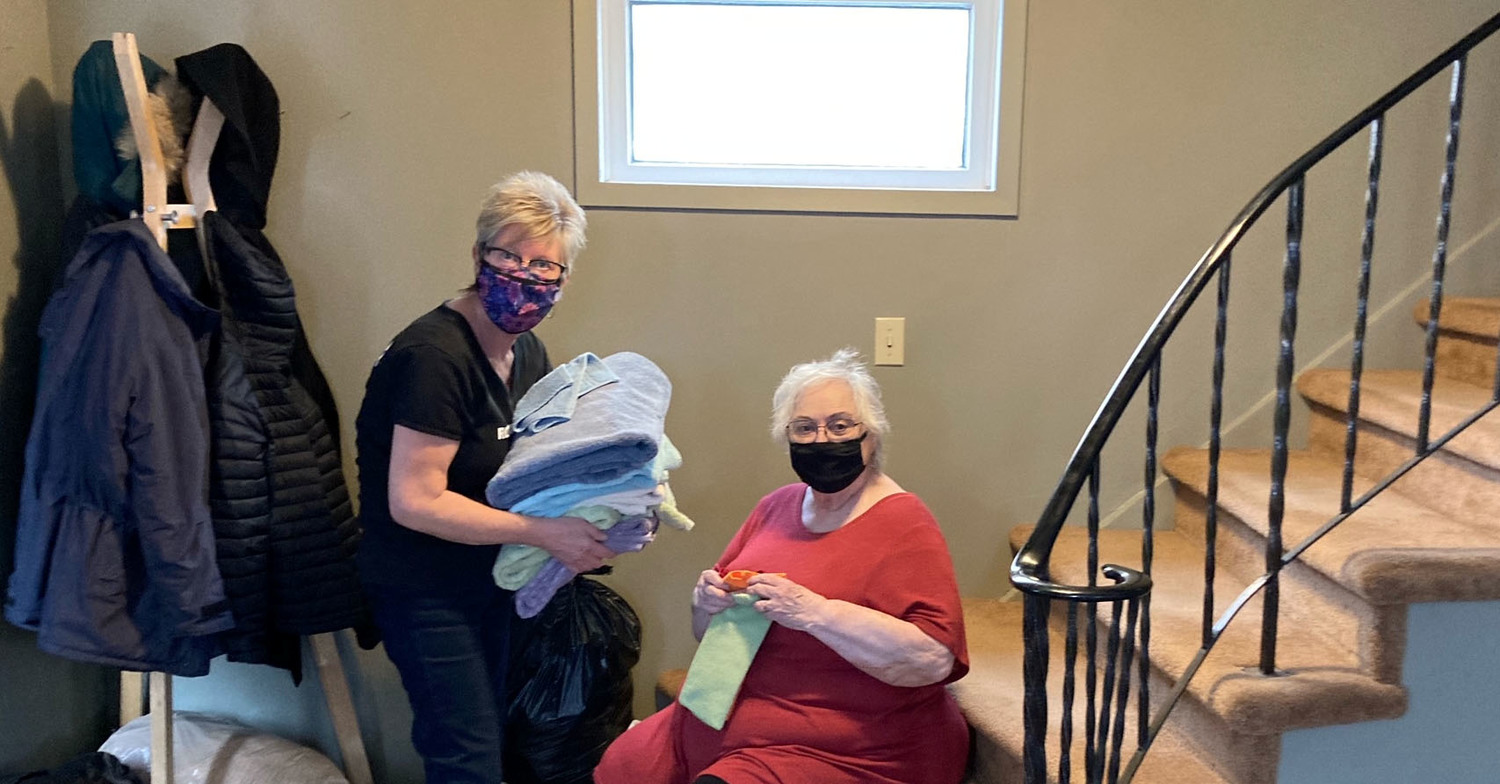 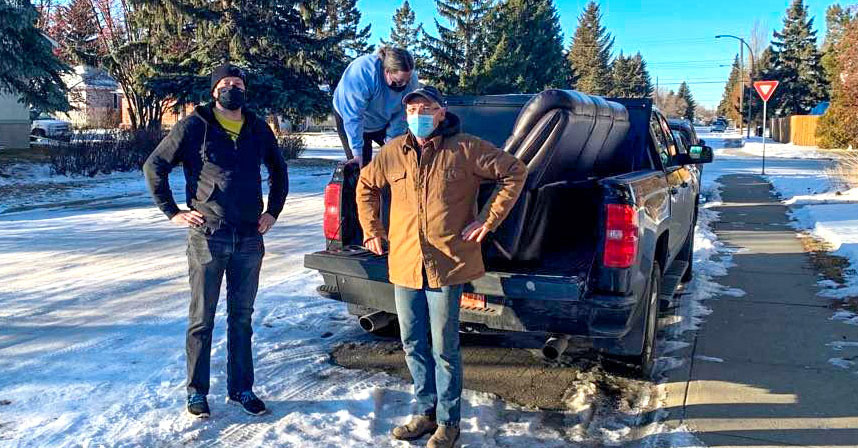 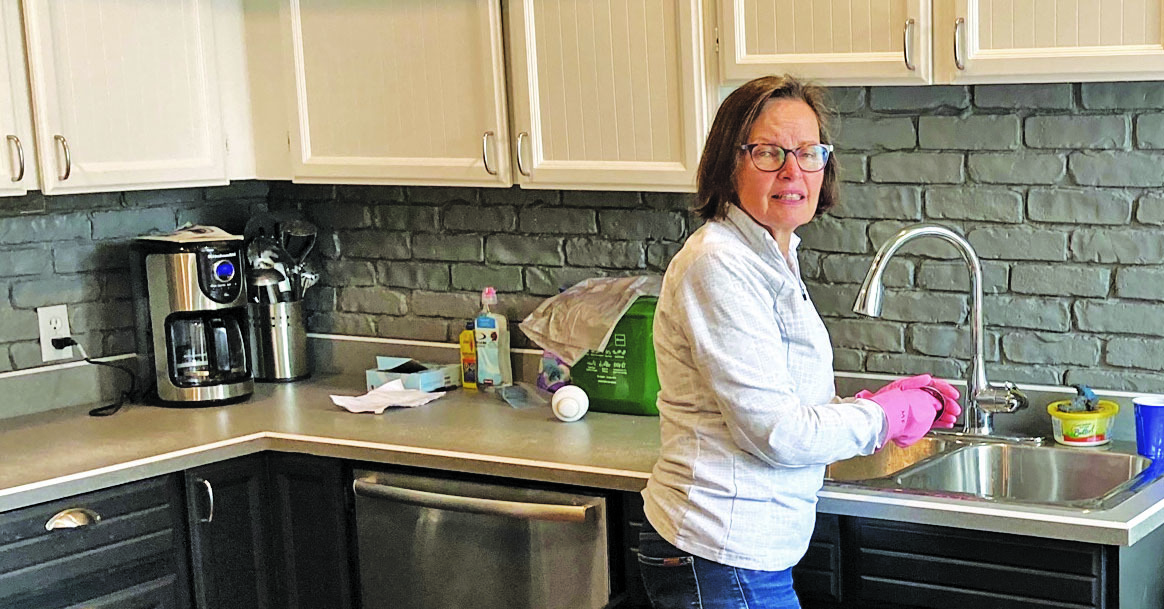 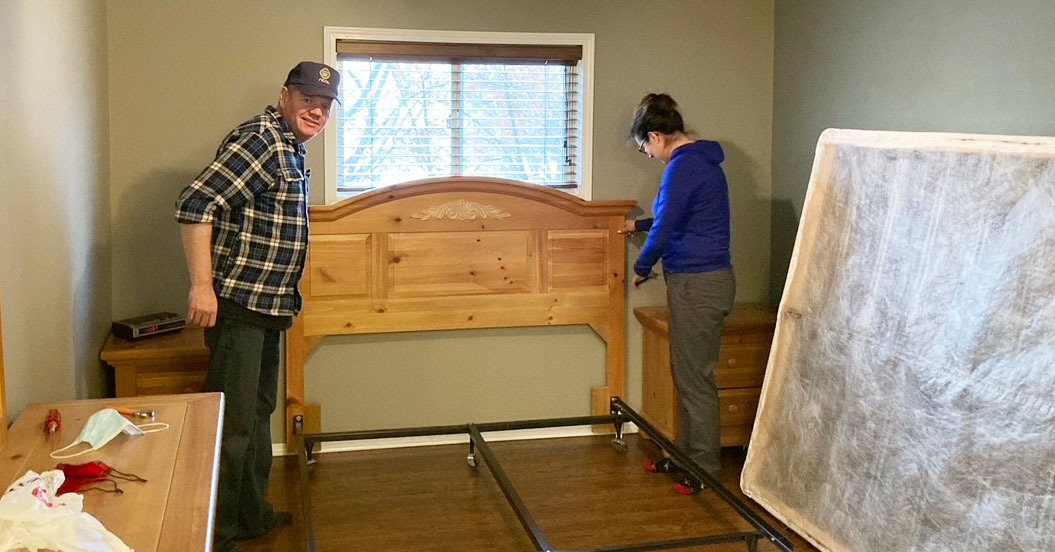 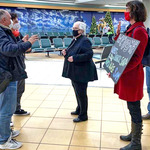 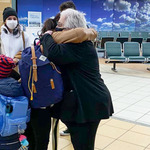 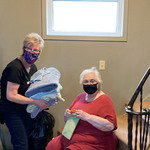 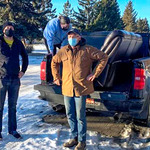 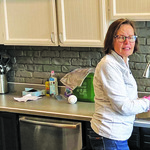 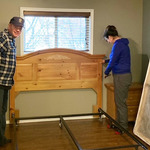 In the Christian faith tradition Advent is a time of heightened anticipation as we prepare our hearts for the coming of Jesus.

“I’m so excited I’m vibrating,” said the Rev. Sheila Moorey, awaiting the arrival of Areej, Shamil, and their five children: Sara, Lima, Hamza, Alice, Sam (ranging in age from 20 to 5), en route from Istanbul, Turkey (where they were quarantined for three days and tested for COVID-19) via Toronto.

It has been nearly six years since the family and Christ Church began the process of sponsorship in the summer of 2016. Joining Moorey at the arrival gate at the Edmonton International Airport was newly retired diocesan refugee sponsorship coordinator Gail Millard and Anwar Abdi who has been assisting with sponsorship applications, as well as Greg Heaton and Helen Ward, members of the parish welcoming committee.

As the original chair of the committee, Moorey has kept in touch with Areej by email, developing “a close friendship,” while Christ Church has prayed regularly for the family’s wellbeing.

Upon learning that the family would be arriving on December 2, the committee was quickly reconvened five weeks ago under new chair Willie King. “Remarkably,” all founding members of the committee, including Heaton and Ward, were keen to stay on in their roles, said King.

“Honestly, it was so long ago, it took me a minute to remember what I’d volunteered for,” said Ward.

Having raised the funds to sustain the family for a year, committee members were divided into five teams to coordinate and provide support in the areas of finance and budget, housing, welcoming, orientation, education and health. They were able to look to St. Mary’s and St. George’s church in Jasper for guidance. The parish had previously sponsored Areej’s retired parents Hassan Al Azem and Omayea El Marraw and sister Reham Al Azem, a lawyer. “Gail (Millard), committee member Anne Smith and Catholic Social Services were also tremendous resources for us,” said Moorey.

While Areej and Shamil prepared their family to come to Canada, King immediately began looking for a house that would accommodate a family of seven and was close to schools, grocery stores, healthcare facilities, and public transportation.

A neighbourhood search located a four-bedroom-house, owned by Canadian immigrants, for rent in Westmount. The committee made any necessary repairs to the home which included a finished basement and a two-car garage, then cleaned, furnished, and stocked it with linens and housewares all donated by members of the parish. Moorey’s friend and colleague, a Muslim, prepared a grocery list to ensure the family arrived home to a fridge and pantry stocked with familiar ingredients.

After exchanging hugs and tears of joy, and collecting 14 large suitcases and carry-on luggage, the welcoming committee and family travelled by van to Westmount. There the family was met with a hot meal and reunited with Hassan and Omayea whom they last saw eight years ago. It would be the grandparents first time meeting the two youngest children. King also stopped by to meet the family, helping to familiarise them with their new surroundings.

The Christ Church community looks forward to walking alongside Areej, an artist, and Shamil, who was an executive in the hospitality industry before the family was forced to flee Syria, as they help their family build a new life in Edmonton.

“They’d like to come to Christ Church for Christmas, and we couldn’t be happier to have them join us,” said Moorey. “Their safe arrival is the best Christmas present.”